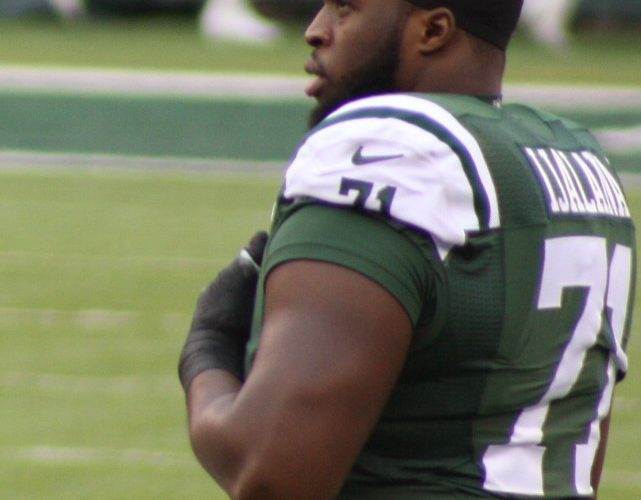 The New York Jets announced two moves today that will bolster the team’s depth on the offensive line and at the linebacker position in retaining offensive tackle Ben Ijalana while inking former Packers linebacker Jamari Lattimore.

Ijalana, a former second round pick in the 2011 draft by the Indianapolis Colts has spent each of the past two seasons with the Jets and has appeared in just three games.  Unlike seasons past, Ijalana comes on board in the midst of multiple moves along the offensive line that should lead to more competition for playing time than the Jets have had since his arrival.

The 6′ 2” 229 pound Lattimore was signed by the Packers in 2011 as an undrafted free agent out of Middle Tennessee State.  The middle linebacker has also earned a reputation as a solid special teams player who has filled in admirably as a starter for the Packers when called upon.  In five starts last season, Lattimore registered 37 tackles and an interception and a pass defended.

With David Harris and Demario Davis representing the only proven starters at the inside linebacker position, adding depth was a priority for Mike Maccagnan and company.