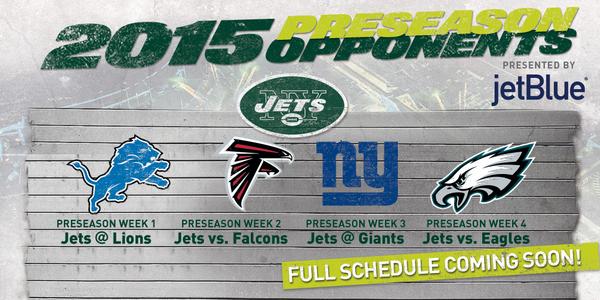 The NFL schedule will be released on April 17th but the preseason schedule is out. The New York Jets travel to Detroit to play the Lions and then they don’t leave Metlife stadium. Having a road game against the Giants certainly makes for an easy commute.

A trip to the Motor City & 3 straight games at @MLStadium. Our preseason schedule- http://t.co/UPTgIxzRe0 pic.twitter.com/febcZa65vT

You can continue the conversation about the schedule in our New York Jets forum.