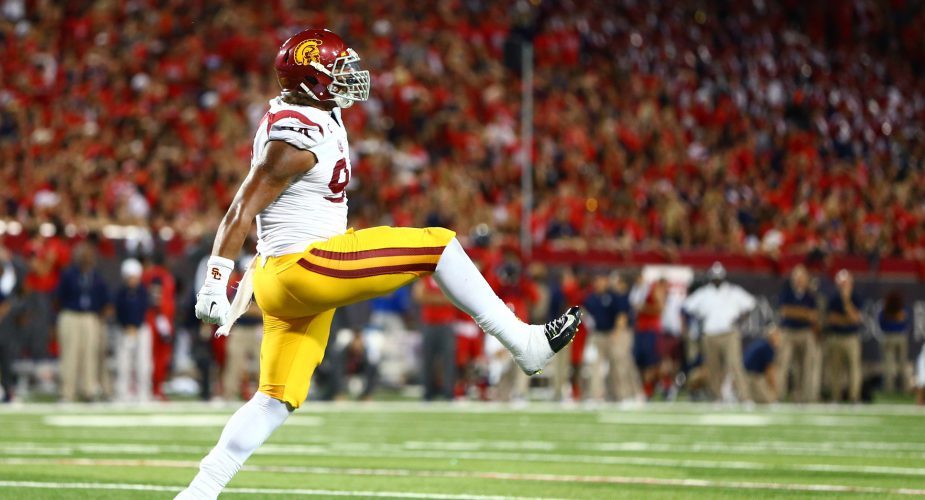 It’s important to remember that it’s only May 1st, and it’s all just on paper, meaning none of the Jets’ off-season moves mean much of anything until things play out on the field.  However, with the addition of top-rated defensive lineman Leonard Williams from the University of Southern California, the Jets have put themselves in position to potentially field the top defense in the NFL.

Already armed with one of the league’s best defensive lines, adding Williams to a unit that includes Muhammad Wilkerson, Sheldon Richardson and Damon Harrison will enable the Jets to create one-on-one match-ups for players who would normally expect to see double-teams on a regular basis.  Opposing offenses will simply have to pick their poison up-front.

The presence of former first rounder Quinton Coples adds a wild card to Todd Bowles’ line-up as the former defensive lineman converted turned outside linebacker has the versatility and experience to bounce back and forth based on whatever the situation calls for.

When asked about the defensive scheme he would employ, head coach Todd Bowles said that the Jets are a 3-4 team but that they “have already incorporated some 4-3. We’re a multiplex defense. We kind of run both of them anyway. It depends on the game and depends on the team”.

Early in the post-season it was all about the secondary as the Jets signed cornerbacks Darrelle Revis, Antonio Cromartie and Buster Skrine  along with safety Marcus Gilchrist.  With Williams on board, the defensive line could be viewed as an equally deep unit.

Lacking only a proven pass rusher off the edge, the Jets still have rounds 2-7 to address that need along with last season’s rookie outside linebackers Ik Enemkpali and Trevor Reilly who were never given a chance to showcase their skills under the departed Rex Ryan.

Even still, GM Mike Maccagnan has assembled a more talented group than the one Gang Green had in 2009 when they finished atop the NFL en route to an AFC championship game appearance.  With a loaded roster and an innovative head coach, the sky is the limit for New York’s defense moving forward.

Feel free to join our forums to share your thoughts on the Williams pick and where the Jets defense will rank this season.