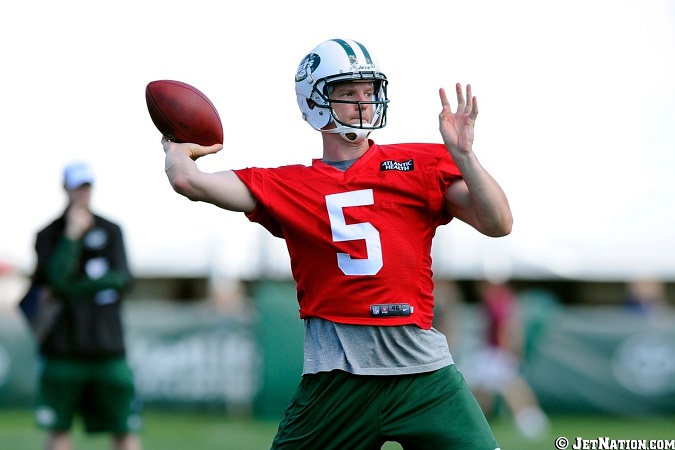 The Jets announced the release of quarterback Matt Simms today as they conduct their second consecutive week of OTA’s at Florham Park under rookie head coach Todd Bowles.

Simms, the strong-armed son of former Giants great Phil Simms was never used as any more than a reserve QB in two seasons with the Jets, throwing only 39 passes for Gang Green, completing just 19 for 1 TD and 1 INT.

Simms’ release leaves the Jets with three healthy QB’s on the roster for the remainder of OTA’s as incumbent Geno Smith and rookies Byrce Petty and Jake Heaps will share reps.

Off-season addition Ryan Fitzpatrick will be limited in workouts as he recovers from a late-season leg fracture while under center for the Houston Texans.