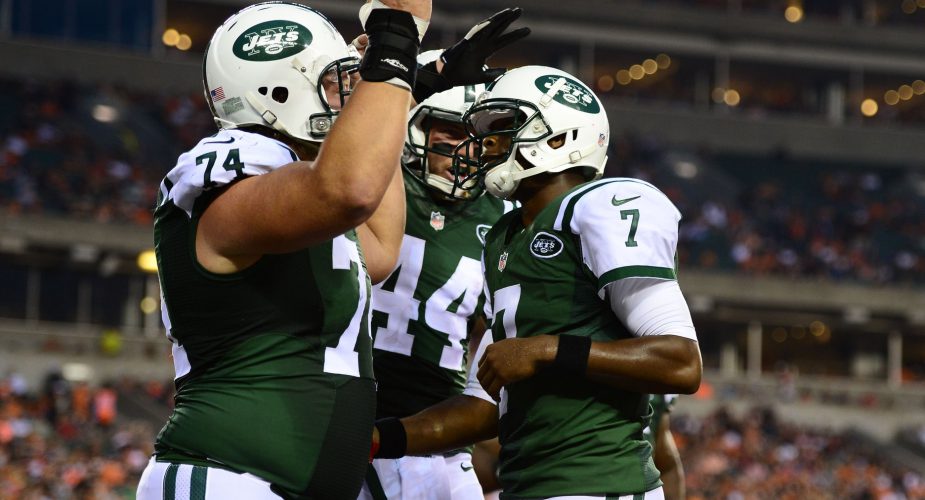 David Garrard appeared on the NFL network, and had this to share (via Kimberly Martin) about Geno and his lack of progression:

“I definitely think Geno has the ability to be a pretty good quarterback.  I just think sometimes he’s worried about the outside noise.  He’s worried about what his teammates think, what his coaches think, what the media thinks, what the fans think and he’s not just concentrating on his game and just making the plays that he should be making.  You see a lot of times in practice and in the meeting room, he’s spot on; he knows exactly what to do.  But he has moments where he’s not doing that”

Also on the topic of if Geno was carrying over mistakes from practice to game day:

“No, because you don’t have the stress of everybody looking at you and seeing exactly what you’re doing.  But when he gets out there on game day, he has great plays but then he just has too many bonehead mistakes where we didn’t see those things at practice.  Why are we seeing them now in game time?  He has to fix those before he can be a great quarterback”

David Garrard’s interaction with Geno Smith is on a limited basis, as he spent a few months on the roster during the 2013 season.   Garrard seems to believe that Geno has the ability in him to become a very good QB, alluding to the fact that he seemed to be spot on in the meeting rooms, which shows mental capacity that many Jets fans doubt Smith possesses.   The comments indicate that Geno does know what to do in the situations he’s presented with, but lacks focus during game day to achieve stardom.  The lack of translation from practice to game day can be attributed to various reasons from a lack of ability to focus under pressure (Geno’s last game in college in the Pinstripe Bowl, or his documented trouble with keeping time) all the way to lack of accountability inside the Jets locker room.   Geno Smith does have the physical ability to be a factor in the league, and if he can cross the mental hurdle and block out the “noises”, then the Jets might just have a young QB that can lead the team to the playoffs.

The upcoming season is going to be a big year for Geno Smith, as he faces stiff competition from Ryan Fitzpatrick, and rookie Bryce Petty is going to be the most talented third string QB the team has seen in years.   Coach Todd Bowles ability to have Geno Smith translate his skills on the practice field and in the film room to game day could go a long way in determining the success of his tenure.