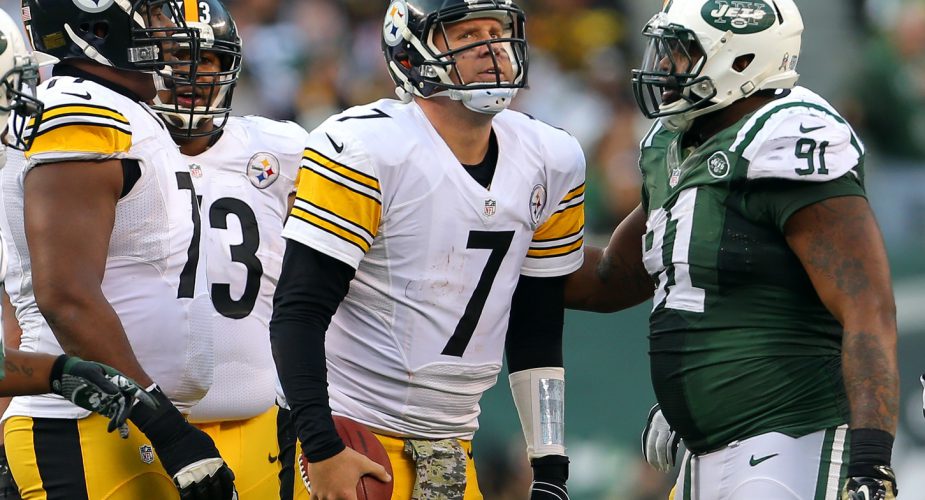 Jets fans who were waiting for the other shoe to drop during what has been widely considered one of the best off-season’s in the NFL, led by rookie GM Mike Maccagnan will have to wait no longer.

The league announced today that star defensive end Sheldon Richardson will sit out the first four games of 2015 for violating the league’s substance abuse policy.

Exactly what substance Richardson tested positive for has yet to be disclosed, Manish Mehta of the New York Daily news is reporting that it’s believed to be Marijuana.

While the Jets and their fans have been riding a collective wave of positive vibes since the dismissal of former head coach Rex Ryan and his boss, GM John Idzik following the conclusion of a 4-12 season, Richardson has endured his share of criticism during that time.

Two separate incidents that upset some fans included comments made by Richardson in regards to teammate Muhammad Wilkerson who is embroiled in a contract dispute with Gang Green.

Speaking on his teammate’s behalf, Richardson insisted Wilkerson’s contract should be on par with that of newly signed Miami Dolphins defensive lineman Ndamukon Suh who inked a six-year, $114 million contract with $60 million guaranteed.  NFL fans and executives rarely appreciate hearing one player comment on the value of another.

In addition to the Suh comments, Richardson ruffled some feathers when he skipped the team’s voluntary workouts before lashing out at those who questioned his level of commitment.

Given today’s announcement by the league, Richardson took a more humble approach.

I apologize for my mistake and for disappointing the people who mean everything to me.

Even with a deep defensive front, the absences of a player of Richardson’s caliber will have an impact on the front-seven through the season’s first fours weeks, and head coach Todd Bowles can’t be thrilled with the news of Richardson’s suspension.

Whether or not his suspension has any bearing on the contract of Muhammad Wilkerson remains to be seen.  The absence of the 6′ 3”, 294 lb Richardson should mean more reps than originally expected for first-round defensive lineman Leonard Williams.

While serving his suspension, Richardson will be allowed to take part in training camp and pre-season games before being put on the shelf until week six when the Jets take on the Washington Redskins at MetLife Stadium.