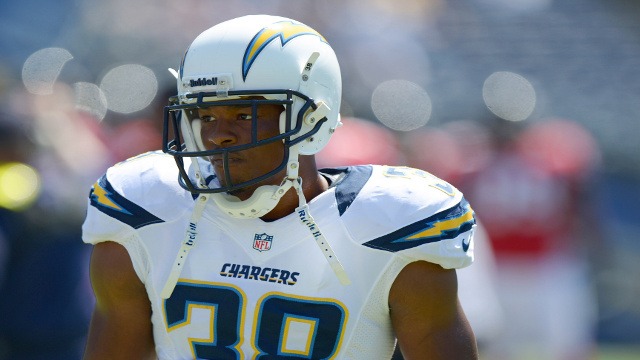 As the Jets prepare to kick off their 2015 training camp, fans are expected to pour in to the team’s facilities in Florham Park, NJ to welcome back some familiar faces while simultaneously getting acquainted with a few new arrivals.

Former Jets cornerbacks Darrelle Revis and Antonio Cromartie will suit up for Gang Green once again just as they did from 2010-2012 when the Jets had one of the top secondaries in the NFL.

A third cornerback with extensive starting experience, Buster Skrine, was signed on as a free agent after spending the first four seasons of his career as a member of the Browns where he was the no. 2 CB opposite Joe Haden.  During his time in Cleveland, Skrine piled up six career interceptions while being credited with 41 pass break-ups over the course of the past two years. 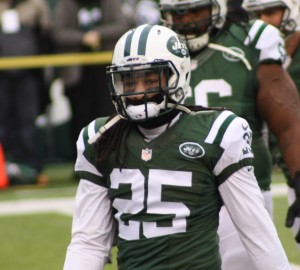 Last season’s first-round draft choice Calvin Pryor is expected to move back to his more natural position, strong safety.  That leaves another newcomer, free safety Marcus Gilchrist, as the defensive back who may get tested early and often by opposing quarterbacks.

After being chosen in second round of the 2011 NFL draft by the San Diego Chargers following a productive career as a cornerback and punt returner at Clemson, Gilchrist was converted to safety in San Diego where he also spent significant time as a nickel cornerback and performed well against some of the better slot receivers in the league.

As the Chargers faced off against the AFC East last season the Jets had the opportunity to see Gilchrist up close and personal and the 5′ 10”, 193 lb DB blanketed the shifty Jeremy Kerley for a good chunk of the game and holding him to zero receptions when matched up one-on-one. 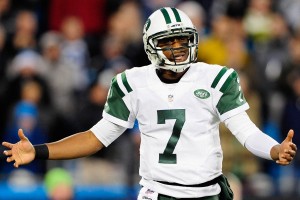 Smith struggled against Gilchrist and the Chargers in a 31-0 Jets loss.

While some would grade Gilchrist’s performance against Kerley  “on a curve” as quarterback Geno Smith turned in one of his worst performances of the season in a 31-0 loss, he also stepped up against some of the best QB/WR combo’s in the league.

While facing Peyton Manning and the Broncos, Gilchrist held Denver receiver Wes Welker to one catch for 6 yards in a week fifteen contest according to PFF.com.

Being able to keep 3rd and 4th receiving options in check is going to be a key to the Jets defense in 2015 if the rest of the secondary plays up to its full potential.

Jets fans should find out early on just how much Gilchrist has to offer as they square off against the Indianapolis Colts and Philadelphia Eagles in weeks two and three respectively.

Against the Colts, it’s fair to expect Gilchrist to match up at one point or another against the speedy Phillip Dorsett, a rookie receiver out of Miami who ran a 4.25 40 at the combine.  With quarterback Andrew Luck lining up under center, Gilchrist will have his work cut out for him whether he’s covering Dorsett man-to-man or playing center field.

With Chip Kelly’s up-tempo offense up next, 6′ 3” wide receiver Jordan Matthews and 6′ 5” tight end Zach Ertz should offer a different type of challenge for Gilchrist.  Neither one possesses the speed of Dorsett, but both are big bodied targets who were very productive last season when given the opportunity for the Eagles.

Matthews, operating primarily out of the slot, hauled in 67 balls for 872 yards and 8 touchdowns as a rookie under Kelly.  Meanwhile, Ertz’ poor run blocking kept him on the sidelines more than many anticipated, but in limited duty the second year player from Stanford still accounted for 58 catches, 702 yards and 3 scores.

So while Jets fans may not know what to expect from Gilchrist as training camp opens up, it shouldn’t be long before they’re familiar with the versatile DB who should have plenty of opportunities to play a big role on what is expected to be one of the top defenses in the NFL in 2015.