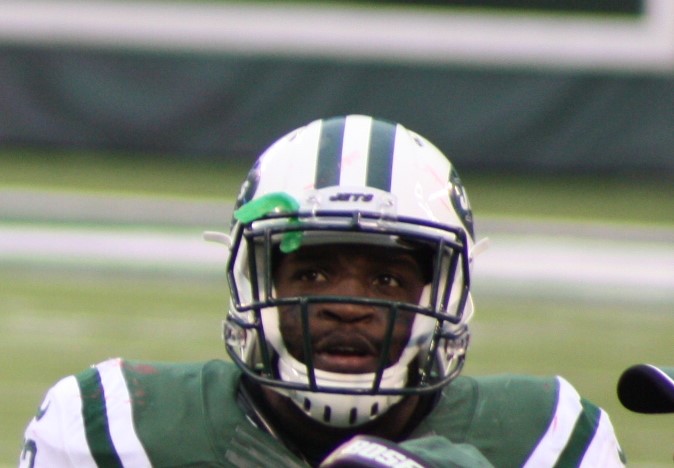 Well folks, the wait is over.  While meaningful NFL games are still over a month away, the mere fact that the Jets are among the 13 NFL teams opening up training camp means football is back.

On day one of camp, one that consisted of physicals and conditioning tests, some veterans did take the time to talk to the media after what was a grueling day considering the 95° temperatures.

It's 95 degrees. The Jets held conditioning test — 50 yds, 20 times — on outdoor field. Do you think you could do it? Just curious.

Speaking about Gang Green’s new regime, Linebacker Quinton Coples had this to say:

“I think we have a great leader with Todd Bowles on the staff. The front office did a tremendous job in the offseason of getting guys here and locking down positions and things that we needed help in.”

Fellow linebacker David Harris also addressed the media and chimed in on one of the more controversial issues this offseason, the suspension of defensive lineman Sheldon Richardson who was suspended by the league for violating its substance abuse policy, believed to be a result of multiple positive marijuana tests.

“Sheldon is a heck of a player and it’s – unfortunate his situation. But he’s going to be down for four games so somebody has to step up and that’s just the NFL. Injuries and those things happen, so somebody has to step up and try to fill his shoes. He’s a great player, not one person can fill his shoes, but it’s got to be a unit effort. I think we’re going to be okay.”

It wasn’t just the defensive players opening up on day one.  Embattled quarterback Geno Smith and wide receiver Eric Decker also had a few things to say.

Smith touched on one topic that has been a concern to some fans when he discussed his growth and maturity.  “You know what? It just took a little bit of maturation for myself. Going into my third year now. I feel as though I’m ready to take on whatever there is for me. Being accountable, being a leader is something you really got to take pride in and that’s something I’m doing right now.” 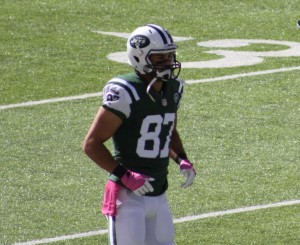 Decker Should see fewer double-teams with Brandon Marshall on board.

Clearly excited by the arrival of one of the best receivers in the NFL, Brandon Marshall, Decker discussed what the arrival of the nine-year veteran could mean for the offense.  “It’s exciting. He’s obviously, a proven receiver in this league. He’s a 10-year vet that’s done a lot. You have to know where he’s at and that just opens the door for everyone on the field, myself included. Looking forward to more one-on-one match ups and however coach is going to disguise and put us in different places or whatever he has planned. Our job is to get open and catch the football, so that’s what we’re going to work on and the more weapons you can get on the field at one time, the harder it is for defenses. That’s what I’m excited to have.”

Be sure to follow JetNation.com as we’ll have continuous coverage of training camp from Florham Park.