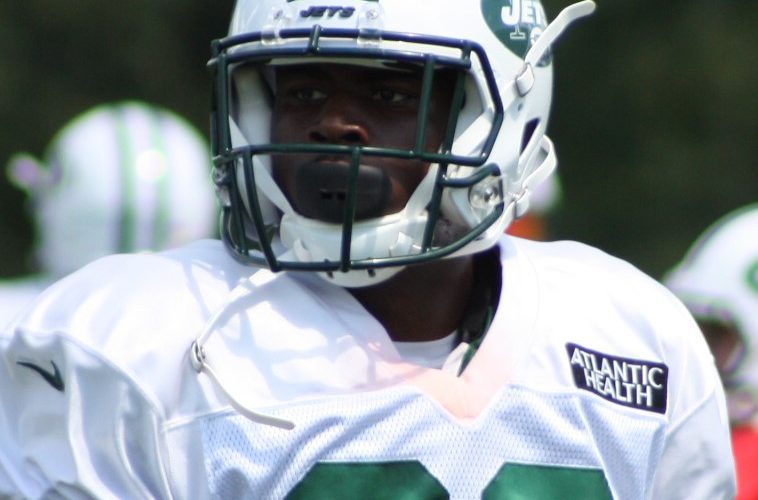 Jets fans who were so quick to dismiss the possibility of former General Manager John Idzik’s draft picks or additions through free agency having an impact may want to tap the brakes just a bit.

Former Idzik draft picks or signings have been earning high praise during OTA’s and through the first week of camp as wide receiver Chris Owusu, linebacker IK Enemkpali and cornerback Marcus Williams have been standouts at one time or another.  Yesterday it was Quincy Enunwa’s turn.

In an offseason interview with JetNation.com Enunwa talked about how his aggressive mentality, brought about by his large frame, has benefitted him up to this point in his career and that aggressiveness was on full display at Florham Park yesterday.

Enunwa made the play of the day on offense while being covered deep down the field by Antonio Cromartie along the left sideline.  Cromartie, who was flagged on the play for interference, was draped on Enunwa who turned around to locate the ball and made a leaping grab over the pro-bowl cornerback, holding on as the two crashed hard to the turf.

Moments later, Enunwa made a leaping touchdown grab on the back corner of the end zone with Darrelle Revis in coverage.  Not a bad day for the Nebraska product who spent the majority of last season on the practice squad.

Trevor Reilly, another draft selection from last season also flashed while rushing the quarterback and was credited with a couple of “sacks” and applied pressure on a few other occasions.  A converted defensive end, Reilly did a nice job of getting to the quarterback in college where he racked up 20 sacks and 37 tackles for loss in four seasons.  As a former defensive end, Jetnation.com took a look at how Reilly’s versatility could help him stick with Todd Bowles’ defense.

A few other observations from the last two days of camp:

That’s it for the last two days of camp, next up…Green and White game at MetLife Stadium this Saturday.  We hope to see you there.