Report: Tyler Thigpen set to Work out for Jets on Friday 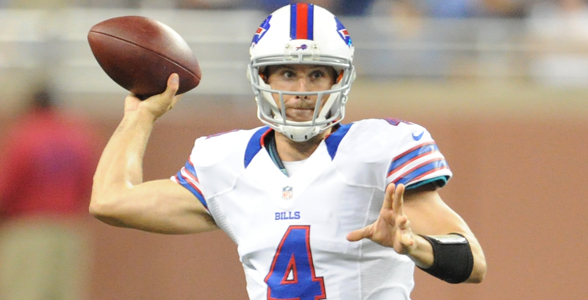 Edit: 08/11/15: The same source is now reporting that the Jets have cancelled this workout with Tyler Thigpen.

The Jets had scheduled to fly out and work out Tyler Thigpen Friday but they reached out and canceled the workout per league source. #Jets

According to Dianna Marie Russini of ESPN, the Jets will hold a workout for quarterback Tyler Thigpen on Friday.

Thigpen, like Ryan Fitzpatrick, is a former Chan Gailey pupil as he threw 18 touchdowns and 12 interceptions in his second season in the NFL as a seventh-round draft choice who was elevated to starting status following injuries to multiple Kansas City quarterbacks in 2008.

QB Tyler Thigpen will work out with The NY Jets this Friday per league source. #Jets

The workout should come as no surprise as the Jets will be looking for another quarterback to add to the roster following today’s incident in which linebacker IK Enemkpali broke Geno Smith’s jaw in a locker room altercation.

You can read more about Tyler Thigpen in our NY Jets forum.