The Highs and Lows of Jets

Northwest Airlines flight 85 departed from Detroit, Michigan on October 9th, 2002, en route to Toyko, Japan, a flight path that takes them over the Pacific Ocean. At the helm of this Boeing 747 was  Captain John Hanson, First Officer David Smith (along with relief Captain Frank Geib and and First Officer Mike Fagan), forming an experienced crew.  The flight ascended to cruising altitude of 35000 feet as passengers settled in for the long flight across the ocean, and dreamt of reaching their destination and accomplishing the goals of their journey.

The New York Jets started out the 2015 season as a cleansing process, making wholesale changes to management and afterwards the roster.

GM:  Mike Maccagnan was hired to replace John Idzik, as GM of the New York Jets, ending one of the worst tenures of a GM in recent memory.  Maccagnan, a veteran scout who worked his way up the system rejuvenated the fan’s hope of having successful drafts, after years of being mediocre at Radio City Music Hall. 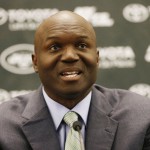 Head Coach:  After the firing of Rex Ryan, a divisive coach with a staunch set of detractors, as well as believers, the replacement coach was going to be under heavy pressure.  The pressure only increased when Ryan went to division rival Buffalo.  However, owner Woody Johnson was patient and eventually hired one of the hottest coaching candidates in the NFL in Todd Bowles from the Arizona Cardinals.  Bowles, had patched together a prominent defense even though it was beset by injuries and carried them to a playoff berth.  The fact that he comes from the Parcells coaching tree also placated the fan’s fears in transition.

OC:  Years of mediocrity on offense had caused fans heartburn, but the hiring of Chan Gailey provided new hope.  An offensive coordinator known for making stars out of scrubs, was just what the doctored ordered for the QB depth chart.

Free Agency:  Mike Maccagnan went on a wild spending spree with Idzik’s savings, and while it couldn’t buy happiness, it definitely improved the roster.  The biggest addition was the return of prodigal son Darrelle Revis, improving on of the worst aspects of the roster.  Revis was one of the top defensive players in the league, and looked fully recovered from his injury last year playing for the Patriots.   Adorned with a No. 1 cornerback on the team, the Jets went out and brought in former teammate Antonio Cromartie into the fold.  While Cromartie looked horrible two years ago with the Jets, he put in a solid effort last year for Bowles’ defense in Arizona, playing across from Patrick Peterson.  The secondary was further complemented by the signing of Buster Skrine, formerly of the Cleveland Browns.   A slot corner with a nose for the ball, Skrine fits in well as the No. 3 CB on the team.  The Jets also addressed the safety position by signing Marcus Gilchrist of the Chargers to help complete a secondary makeover.  Unlike past years, the offense was not ignored, and the biggest splash came via a trade with the Bears, landing No. 1 WR Brandon Marshall to the roster.  The offense has lacked a true No.1 for years, and the trade helped them put out one of the more formidable wide receiver duos in the league between Marshall and Decker.  The Jets traded a late pick for veteran backup Ryan Fitzpatrick, who was coming off a knee injury.  He has experience working with Chan Gailey, and was having a good year last year until the injury.  The Jets also signed veteran James Carpenter to help the offensive line and provide more depth. 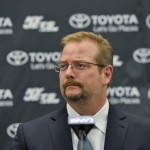 Draft:  The draft, a yearly exercise in futility and disappointment for the Jets turned around when the consensus best player in the draft, Leonard Williams, dropped to the Jets spot at No. 6.  While there was no clear opening on the defensive line, the value was too much to pass up, and the Jets pounced on the opportunity.  The pick gave fans hopes of a sequel to the NY Sack Exchange.    The Jets also caught a break, when speedster Devin Smith made it to their second round pick.  The WR from Ohio State is a perfect fit to the Jets roster that needed a deep threat, and his ability to track the deep pass would greatly benefit the QBs on the roster.  A pass rusher in Lorenzo Mauldin, and a project QB in Bryce Petty made the Jets appear atop many post draft articles, praising them for picking highly talented players at appropriate spots.

The lack of controversy and the influx of compliments led to new hope in the air.  Reports of improvement from Geno Smith and the offense were music to the ear.  Fans were starting to be optimistic, talks of travelling for games filled the message boards.   However, the best laid plans of mice and men, often go awry.

Cruising at 35000 feet, Northwest flight 85 was travelling according to the plans, now over the Pacific Ocean.  The captain and first officer went for their break as the FAA regulates the amount of time pilots can fly the plane consecutively.  However, soon after, disaster struck when the flight banked to the left at a 40 degree angle, prompting the first set of crew to return to the flight deck.  To exasperate the situation, they are in a communication dead zone between North America and Asia, preventing them from declaring an emergency.  Unbeknownst to crew, the plane has suffered a rudder hardover, causing the plane the lose it’s ability turn using the tail wing.   The pilots struggle to keep the plane flying, as it will only turn to the left, and the closest airport is 500 miles away in Anchorage, Alaska. 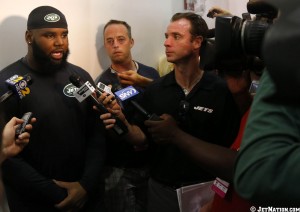 Sheldon 1.0:   Sheldon Richardson, one of the few bright spots of the Idzik era, battled fans at the start of the year about his lack of participation in voluntary workouts.  However, with training camp opening soon, he would be back in camp, and things were supposed to return to normal.  Then the NFL dropped a bombshell by suspending Richardson four games for violating the substance abuse policy, as he had tested positive for marijuana.  The four game suspension comes after essentially four positive tests, thus clouding the future of Richardson with the team.   He showed up to camp, and vowed to put the events behind him.

Sheldon 2.0:  Practically minutes after asserting that he learned a lesson from his suspension and that the negative news was behind him, stories broke about how Richardson was arrested in Missouri.  The list of possible charges included resisting arrest, child endangerment, traffic violations for possibly racing at over 140 miles per hour, and a personal report from the officer regarding the smell of marijuana in the car.  The news was made worse by the fact that Richardson did not disclose this information to the Jets.  While the charges were reduced to avoid jail time, there lingers the possibility of an additional suspension resulting from a violation of the NFL’s personal conduct policy.

Devin Smith:  While Geno Smith looked on in amazement that a WR could actually readjust to the ball, Devin Smith hurt himself making a circus catch.  Broken ribs and a punctured lung has ended the preseason for the talented WR, and his status for the season opener is in doubt.  The Jets need speed in their starting offense, so any time missed by Smith can have adverse effects on the offense.

MMA:   Promising second year player IK Enemkpali and starting QB Geno Smith got into an argument resulting in Smith getting punched in the face.  The QB is slated to miss 6-10 weeks, leaving him out for the entire preseason, and possibly numerous weeks into the season.  A huge setback for a team that needed the third year QB to step up this year, in a make or break season.  The Jets have a good backup in Ryan Fitzpatrick, but other teams don’t trade QBs for a 7th round pick unless the guy is a backup quality player.  Fitzpatrick is also coming off a major injury, so any setbacks in that aspect will cause the Jets to turn to unproven rookie Bryce Petty.  While the argument of who might be better this season is close between Fitzpatrick and Geno, the team was much better off starting with Geno Smith and finding out if he had made any improvements because the other option is restarting the QB development process with a draft pick next year.  To top it off, punching out the starter at the most important position on the team earned IK a quick ticket out of town, and the Jets lost someone who was showing promise during training camp.

TE:  The Jets picked Jace Amaro with their selection in the second round of the 2014 NFL Draft, and many assumed he would take a large step forward this year.  However, besides public jabs at former coach Rex Ryan, Amaro has been all but invisible in camp this year.  To add injury to insults, he injured his shoulder in the first pre-season game and the severity of the injury is not clear as of now.

Flying at 35000 feet and facing disaster, the pilots of Northwest flight 85 disengaged autopilot, and took manual control of their plane.  They circumvented the communication dead zone by first contacting another Northwest flight in the area, and having them convey the declaration of emergency.  The lower rudder at the tail of the plane had malfunctioned, causing the plane to bank left and making turns all but impossible.  When they contacted Northwest support to find a solution in the guidebook, they couldn’t find anything, and had to improvise on the spot.  They started to maneuver the plane by varying the power to the engines, causing the plane to bank towards the under-powered side, and effectively using that as a steering option.  Their precarious situation also meant that they had to nail the landing in the first try, so failure was not an option.  The plane landed safely in Alaska, with 386 passengers and 18  crew members walking away without major injuries.  The folks on board were saved, because the leaders of the crew assessed the situation, and took control of the plane.  When there was no solution on the books, they improvised, mixed and matched, and landed them safely.

The New York Jets did not have the best start to their pre-season.  And while the game of football pales in comparison to a mid-air emergency, the process to recover from the disastrous start is not to sit back and watch.  The direction of the Jets season will depend on how the leaders on the team will step up, take control of a team that seems to be spiraling downward, and right the ship.  If they are creative and innovative with the situation that they have been dealt with, the season still stands a chance to be successful.