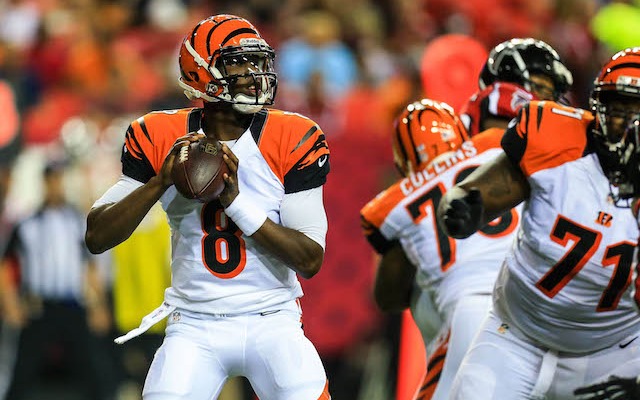 Still not satisfied with their quarterback depth chart, the New York Jets are reportedly set to bring in Josh Johnson who was recently let go by the Cincinnati Bengals for a workout.

Johnson, a five year veteran has spent time with four different NFL teams, going winless in five career starts while throwing 5 touchdowns to 10 interceptions while completing 54.2% of his passes.

With Geno Smith out for the foreseeable future and veteran Matt Flynn still nursing a balky hamstring, Johnson could give the Jets another arm to work through the remainder of the pre-season.