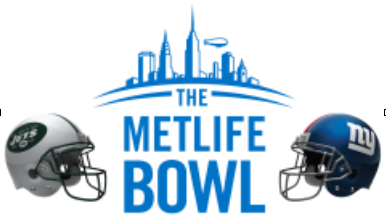 There is a charitable component to the MetLife Bowl, and as usual, the players are involved. The New York Jets and running back Chris Ivory (@ivory33) support the Trust for Public Land, www.TPL.org. The Giants and cornerback Steve Weatherford (@Weatherford5) support with KaBoom, www.kaboom.org. Both organizations help kids by creating playgrounds and healthy play spaces.

Fans are encouraged to get involved through social media. Through the end of the game on August 29, MetLife Foundation will donate $10 for every tweet sent with the hashtag #MetLifeGives, and up to an additional $10,000 to the winning team’s charity.

JetNation will definitely be there tweeting away, representing both MetLife and the Jets. We hope you do the same.