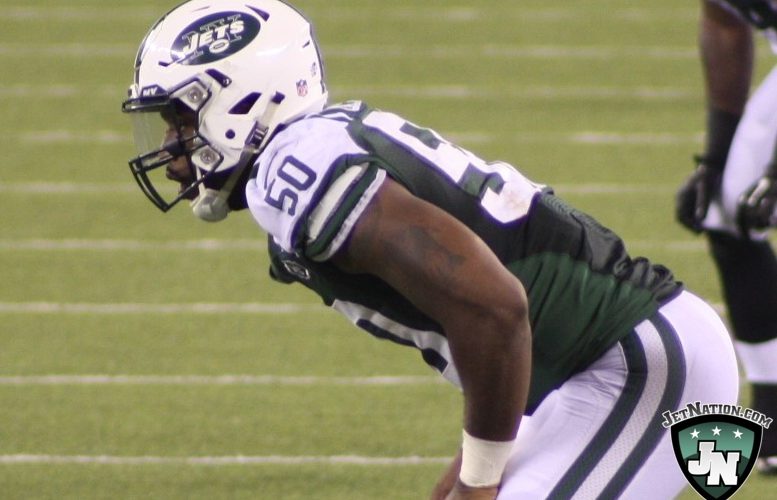 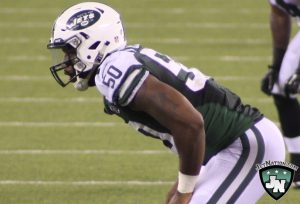 Now that the pre-season has come to a close and we’re just hours away from learning which players the New York Jets will retain and who will be cut loose, JetNation.com takes a look at some of the team’s top performing undrafted free agents of the 2015 exhibition season for the Jets.

Deion Barnes-OLB-Penn State- Barnes was solid early on during training camp and he carried that over to the Jets first pre-season game as we discussed here a few weeks ago.

The 6′ 4”, 255lb Barnes finished on a high note against the Eagles last week in collecting a sack and half.  In all, Barnes was on the field for 127 defensive snaps, ninth on the team, and according to PFF.com, tied for the sixth-highest grade among Jets players.

Will he make the final-53?  If Barnes is going to stick, the Jets will likely have to part ways with Jason Babin. With Calvin Pace and Quinton Coples slated to start, along with rookie Lorenzo Mauldin in the fold along with second-year player Trevor Reilly, the group is pretty crowded.  Failing to catch on with the practice-squad would come as a surprise, however.

Taiwan Jones-ILB-Michigan State- Jones had a relatively quiet camp as part of another very deep group that saw veterans Joe Mays and Jamari Lattimore get the lions-share of the reps. He did however, make a strong statement against the Eagles, leading all linebackers with five tackles and making a statement with this bone-jarring hit in run support.

Jones also has the versatility that Mike Maccagnan and Todd Bowles value as he played both inside and outside linebacker extensively during his time at Michigan State where he racked up 127 tackles, 19 tackles for loss and 4 sacks over the course of his final two seasons.

Much like Barnes, Jones’ best chance may be the practice squad with David Harris and Demario Davis starting on the inside and some tough calls for the staff to make with the likes of Lattimore and Mays who had very strong camps.  There’s also veteran Erin Henderson who missed most of camp but was praised by Bowles for his work before being injured during his post-game press conference just a  few days ago. 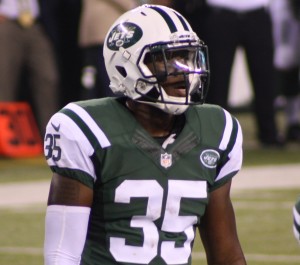 Photo Credit: JetNation.com
Eskridge will need some seasoning no matter where he lands.

Durell Eskridge-S-Syracuse- Most analysts said Eskridge made a mistake by leaving college a year too early when he could have benefited from another season which is a big reason for the big man going undrafted.

An intriguing option in the defensive backfield as he comes in at 6′ 3”, 207, Eskridge logged 11 tackles during the pre-season, good enough for third on the team, as well as earning some praise from fellow teammates.

Cornerback Darrin Walls, who hauled in two interceptions against the Eagles, credited Eskridge during a post-game interview for an assist in terms of pre-snap positioning.  It’s just one play, but one that shows the rookie did his homework.

Eskridge is another UDFA who may land on the practice squad this season as a long-term project.  As a player who got a brief college audition at wide receiver, there’s no questioning Eskridge’s physical tools and given the absence of an impact safety for the Gang Green over the years he may be worth keeping around as a developmental player.

He’s unlikely to hang around strictly due to the nature of  his position, but Julian Howsare, converted from college linebacker at Clarion to fullback with the Jets performed admirably, but beating out incumbent Tommy Bohannon is unlikely. 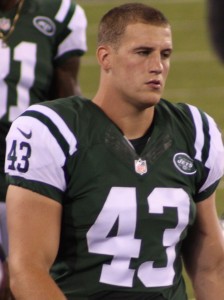 Photo Credit: JetNation.com
A small school prospect, Howsare held his own in converting from OLB to FB.

Wes Saxton is a speedy tight end from South Alabama who many had hoped would emerge as a threat to Jeff Cumberland but like Cumberland, Saxton isn’t much of an asset in the run game.

Defensive lineman Jordan Williams out of Tennessee had an uphill battle right off the bat. Trying to make a roster with one of the deepest lines in the NFL, Williams played only 25 snaps in the final two pre-season games of the year and logged just 4 tackles in 94 total plays.

PFF.com rated Williams as the second-worst defensive lineman on the Jets behind only fellow-UDFA Davon Walls.