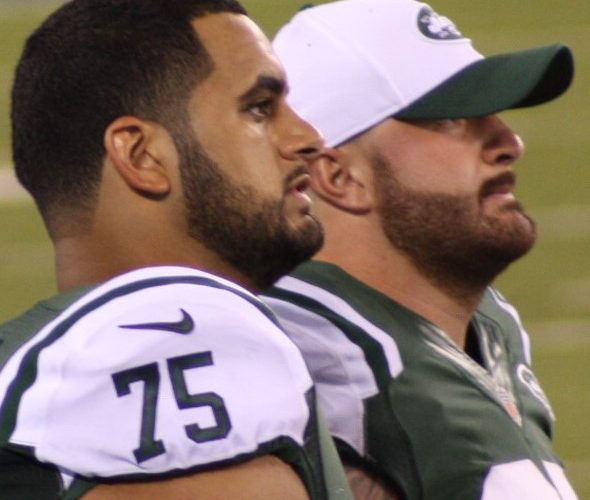 In a move that may have come as a surprise to some fans, the Jets announced that they have cut ties with offensive lineman Oday Aboushi after serving his one- game suspension earlier this week.

The team had until 4pm today to make a decision on Aboushi, to waive him or make another move to create a roster spot for the Virginia product who started ten games for the Jets last season and they opted for the former.

Another failed draft pick by the departed John Idzik, Aboushi’s suspension was related to an incident in which the lineman was pulled over and given a traffic citation but was found to be in possession of fewer than 50 grams of marijuana according to Dom Cosentino of NJ.com.

Given multiple reports during training camp of Aboushi working primarily with third and fourth-stringers, making the roster was never a guarantee, and his off-field incident may have cemented his fate with GM Mike Maccagnan and Head Coach Todd Bowles.

No corresponding move is necessary as Aboushi was not on the 53-man roster.