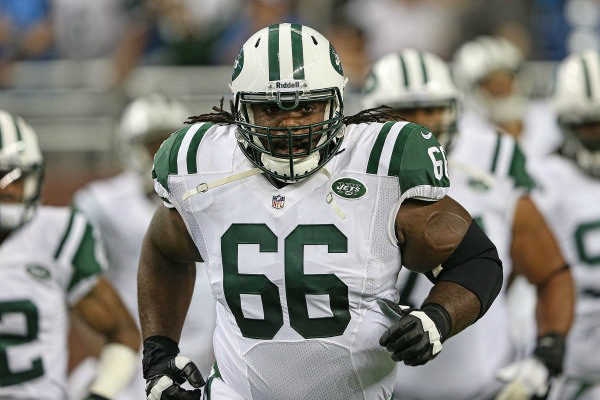 No surprises here as Willie Colon, Jeff Cumberland, and Darrin Walls were all ruled out before today. Colon suffered a sprained MCL in last week’s game against the Eagles and will likely miss two to three weeks. Cumberland is going through the concussion protocol while Walls is dealing with a hamstring issue. The Jets activated undrafted free agent Wes Saxton from the practice squad to back up Kellen Davis at the already thin tight end position.

Yesterday the Jets upgraded Trevor Reilly to questionable, and downgraded Lattimore to doubtful. Reilly was originally considered to be out with a finger infection, and Lattimore is being evaluated for a concussion. There wasn’t any information given on when Lattimore sustained the concussion.

Chris Owusu is recovering from a knee scope surgery and won’t be back for another week or two. This will likely mean we will see more of rookie Devin Smith than we normally would. It won’t be as much as last week (Smith was targeted nine times by Fitzpatrick) but he will still get a fair share of snaps nonetheless. Owusu had seemingly taken the number three wide receiver spot from Jeremy Kerley who’s snap count should also drop with the return of Eric Decker today.

Ben Ijalana and Jarvis Harrison are both inactive again today even with Willie Colon out and Brian Winters starting at right guard. It’s unlikely we’ll see either of them active this season unless a worst case scenario unfolds. The only way one or both of them will be active is if injuries continue to mount on the offensive line.

The Jets have their first division game today at Wembley Stadium in London, England. Kickoff will begin at 9:30 EST and 6:30 PST. The Jets can put themselves in prime position in the AFC East with a divisional win against the Dolphins today at 3-1 or fall to 2-2 with a loss.