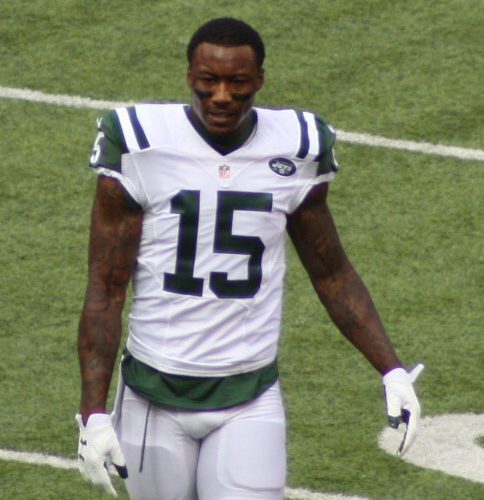 It was an up and down day for Fitzpatrick, much the same as it was for his receivers. He’s still trusting Marshall a tad too much and jamming passes into tight coverage. Sometimes Brandon will actually reward him for that, but sometimes that will lead to a pick, as it did today. What’s been very impressive about Fitzpatrick of late is his ability to scramble for 1st downs and today he split through the defense for a touchdown run. He may be a vet, but his wheels look quite young. Fitz is who we thought he was, and with a 4-1 record, that’s fine.

Ivory was a monster as usual and has now become a weapon in the passing game. Stacy showed some signs of life, and demonstrated why he’s a similar back to Ivory. Powell left with an ankle injury.

Marshall and Decker were each responsible for a turnover, but each made plays to redeem themselves. Each had a touchdown and Decker knocked free an onside kick recovery. Marshall went over 100 yards yet again. The Jets still need to find a consistent third contributor from the receivers group.

There were a couple disappointing moments, such as the line’s inability to pick up an important 3rd & 1 conversion, but the offensive line looks like it’s beginning to gel and it’s providing just enough (and no more) protection than Fitzpatrick needs.

The line looked sluggish just a tad early on, but as Richardson was worked in, the Jets began to consistently win the match-ups on the line of scrimmage.

The Redskins posted just 34 net rushing yards on the day. Jets linebackers did a great job against tosses and screens.

The Jets held Washington QB Kirk Cousins under 200 yards on the day and the secondary provided two interceptions in the 2nd half.

The Jets kick return coverage looked solid and Kerley even provided a good return (out to midfield). But another missed field goal by Nick Folk, a punt blocked and returned for a touchdown and a nearly successful onside kick by the Redskins drops their grade considerably.

Jets coaches have turned around the penalty problem. Half-time adjustments sent the Jets offense screaming out of the locker room in the 2nd half. Still, excessive conservative play late in the game could cost the Jets against a better opponent.