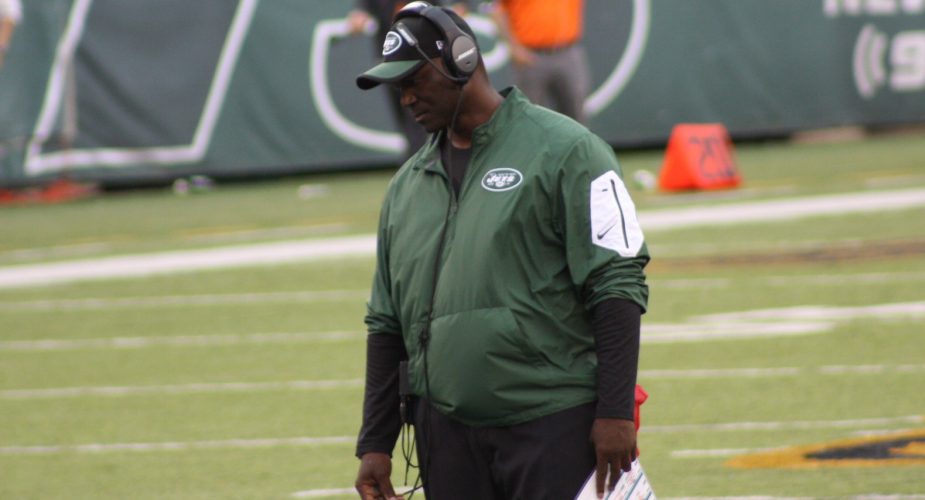 There weren’t supposed to be any Jets losses like this…34-20 at the hands of the Raiders.  Not this season.  Not after rookie General Manager Mike Maccagnan teamed with Head Coach Todd Bowles to import a virtual All-Star team on defense.

All-Pro cornerbacks, a defensive line loaded with first-round talent, a true free safety in Marcus Gilchrist, and a Head Coach who is regarded as one of the brightest defensive minds in the game was supposed to prevent losses like the one the Jets suffered on Sunday afternoon.

The off-season moves were never going to be enough to dethrone the Patriots and win the AFC East, but blowout losses were supposed to be a thing of the past. So much for that.

Following a 30-23 loss to the Patriots that wasn’t as close as the final score would indicate, the Jets traveled west to take on the upstart Oakland Raiders.  An up and coming team that was off to a 3-3 start, but one that was also completely shut down earlier this season by the Denver Broncos, a team some consider the Jets to be on par with defensively.

The Broncos would hold the Raiders to just 10 points in their 16-10 victory, and the Jets were undoubtedly hoping for a similar result, but it was clear very early on that this would be a much different story for the Raiders offense.

The highly touted Jets defense was annihilated by second-year quarterback Derek Carr who would finish the day  23-36 for 333 yards and 4 scores through the air.

There were wide open receivers running free, there was poor tackling in the secondary from the defensive backs and much of the same from the linebacker group.

Almost nothing worked out for the Jets on defense en route to surrendering a season-high 451 net yards.

For a second consecutive week the defense failed to force a single turnover while the defensive front, led by Muhammad Wilkerson, Sheldon Richardson and Leonard Williams didn’t notch a single sack of Carr on his 36 drop-backs.

Carr’s effort, paired with that of Tom Brady from last week doesn’t paint a very pretty picture as the two combined for 670 yards and 8 touchdowns, this despite a staggering total of 14 dropped passes by the two team’s pass catchers.

A chink in the armor no doubt, as Jets fans look on and can only wait to see what Bowles does next.  There are no more first-round defensive linemen to bring in, and Dee Milliner will be another body at cornerback, but if the Jets are giving up video game numbers with the personnel already on the field, how much of a difference can Milliner make?

Bowles and company were given a pass by many fans following the loss to a future Hall of Famer in Brady.  Seeing Carr have similar success will be unnerving at best.

It’s time to find out what Todd Bowles and the Jets are made of, and it starts next Sunday at MetLife against the lowly Jacksonville Jaguars.

Should Blake Bortles and the Jags light up the scoreboard as each of the Jets last two opponents have, we’re sure to be hearing a lot more talk about a “new beginning” being nothing more than the “same old Jets”.

By Glenn Naughton
Posted on November 1, 2015