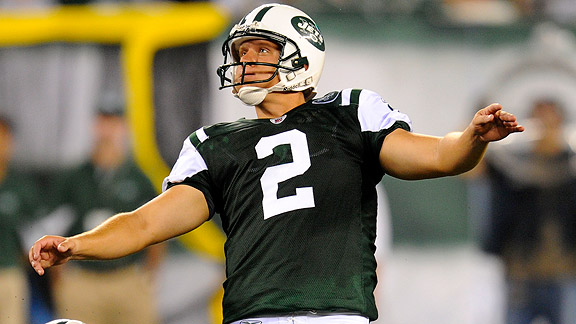 New York Jets kicker Nick Folk is not expected to be available for this Thursday night’s game after suffering a quadriceps injury against the Jacksonville Jaguars on Sunday.

The team is said to have worked out free agent kicker Billy Cundiff according to Connor Hughes of about.com.

Per a source, the #Jets will be hosting FA K Billy Cundiff for a workout. Nick Folk, per @caplannfl, likely out this week.

Brian Costello has updated Nick Folks status and is reporting he will be out for minimum of four weeks.