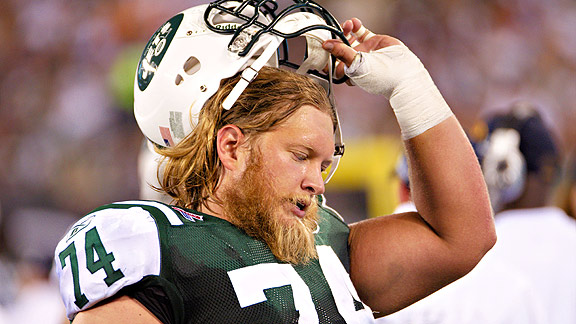 Brian Costello is reporting that the New York Jets have cleared center Nick Mangold to play in Thursday night’s game against the Buffalo Bills.

Mangold was injured several weeks ago against the New England Patriots and returned on Sunday against the Jacksonville Jaguars but was pulled after his neck became an issue.

Wesley Johnson has filled in when needed and will likely be active again on Thursday in the even Mangold can’t go the distance.