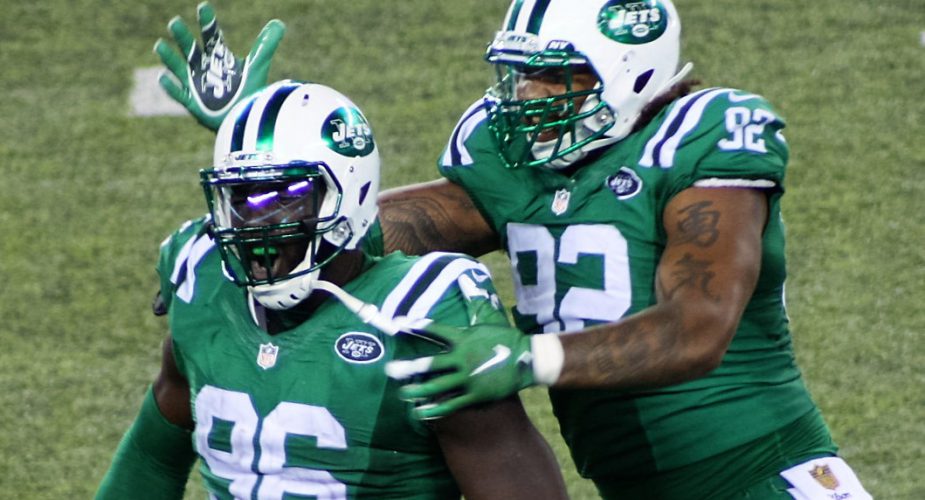 As the 5-4 New York Jets prepare to take on the 4-5 Houston Texans who are coming off of a huge 10-6 victory over the previously undefeated Cincinnati Bengals, JetNation.com takes a look at some of the key match-ups heading in to Sunday’s contest.

CB Darrelle Revis vs. WR Deandre Hopkins- Last week Revis was asked to cover the dynamic young Sammy Watkins of the Buffalo Bills, and things won’t get any easier this week.  Deandre Hopkins could make a case for being the top receiver in the NFL, having posted 927 yards and 7 touchdowns, including last week’s game-winner, in 9 games.  All of this with Brian Hoyer and Ryan Mallett at quarterback. If Revis can contain Hopkins, Houston’s only real threat on offense, this is a game the Jets should win. 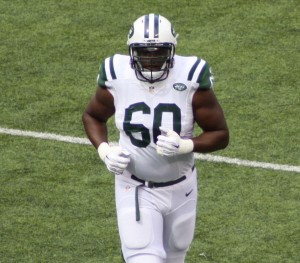 Jets tackle D’Brickashaw Ferguson will have his hands full against JJ Watt on Sunday.

OT’s D’Brickashaw Ferguson and Breno Giacomini vs. JJ Watt- As refreshing as it’s been for Jets fans to watch quarterback Ryan Fitzpatrick operate under center after years of Mark Sanchez and Geno Smith, Fitzpatrick is physically limited and his worst performance of the year came under heavy pressure in week 3 against the Philadelphia Eagles.  Watt, in a league of his own when it comes to getting to the quarterback, will look to be a one-man wrecking crew against Ferguson and Giacomini.  Fitzpatrick has been sacked just 7 times in 283 drop-backs, best in the NFL among quarterbacks with at least 200 pass attempts, but Watt will look to add to that total on Sunday.

DE Muhammad Wilkerson vs. RT Derek Newton- Unless the Texans opt to double-team Wilkerson with great regularity, this matchup could allow the former Temple product to have one a big day.  Wilkerson leads Gang Green with 7 sacks, while Newton has struggled in pass protection.  We saw Newton being driven into the backfield against the bull rush last week facing Carlos Dunlap on several occasions.  Look for Wilkerson to test Newton’s ability to anchor in pass protection.

CB Buster Skrine vs. WR Cecil Shorts- As mentioned above, Houston’s lone threat on offense has be wide receiver Deandre Hopkins.  Should Darrelle Revis manage to corral Hopkins, the Texans may turn their attention to the short, quick  passing game.  This could mean increased work for slot receiver Cecil Shorts. Skrine has been banged up and is listed as questionable with shoulder and hand injuries.  If he’s a go, his battle with Shorts could be play a bigger role than most anticipate. 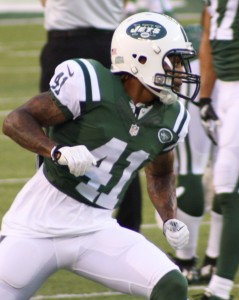 Skrine could be tested in the slot by Houston.

WR Brandon Marshall vs. CB Johnathan Joseph- A disruptive Texans defense held one of the league’s top offenses to six points last week against the Bengals.  With this being the case, the Jets will need a big play or two on offense and when that’s been the case this season, quarterback Ryan Fitzpatrick has looked Brandon Marshall’s way.  Both Marshall and Joseph are hampered by injuries, knee and calf respectively.  The last time Marshall faced Joseph and the Texans he registered 8 catches for 107 yards without a score as a member of the Bears in a 13-6 Chicago loss.

Be sure to tune in this Sunday at 1pm to watch the Jets travel to Houston and try to stay in the thick of the AFC playoff picture in search of their sixth win of the 2015 season.