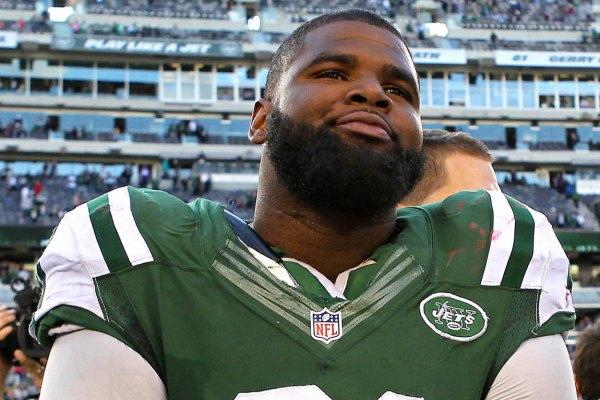 Sheldon Richardson will miss his fifth game of the season after missing practice all week due to a hamstring injury. Richardson missed the first four games of the season due to a violation of the league’s substance abuse policy. Knowing Richardson would likely sit out today, the Jets signed defensive end Mike Catapano from the practice squad. Richardson’s absence means the Jets will likely stick to their base 3-4 defense more than the past few games where they employed a 4-3 front to incorporate all of their starters.

With the return of Antonio Cromartie and Calvin Pryor the secondary is back to full strength. This makes backup Dion Bailey and Dee Milliner dispensable. Milliner was recently activated from the short term IR list, and only practiced on Friday due to an illness. It wasn’t likely that he’d be active today. Bailey is also nursing an injury, and wasn’t expected to play.

Bryce Petty will sit again today, continuing his redshirt rookie season. With Ryan Fitzpatrick coming off surgery, all eyes will be on his left hand thumb. The only way Petty would be active for a game this season is a worst case scenario for the Jets in which Fitzpatrick re-injures his hand. If that were the case, Geno Smith would likely take over with Petty as his backup. It’s highly unlikely Petty will see any time on the field this season.

Wide receiver Quincy Enunwa will make his return today after serving a four game suspension for a domestic violence incident. This makes Kenbrell Thompkins the odd man out. Thompkins has done a good job in the backup role while Enunwa served his suspension. Thompkins has caught 11 passes with 15 targets for 88 yards. Enunwa hasn’t been as efficient when it comes to catches with 8 receptions on 17 targets for 94 yards.

Ben Ijalana and Dakota Dozier will be inactive again this week. It’s a similar situation between Petty, Ijalana, and Dozier. They won’t see any time on the field this season unless they’re pressed into action due to injuries. Dozier had to step in for center Nick Mangold earlier in the season, but likely won’t be on the field during a game for the remainder of the season.

After dropping three of their last four games, and taking their only win in ugly fashion the Jets could really use a statement game against the Texans. While the defense will be licking their chops facing a third-string quarterback, the offense will have their hands full with the likes of J.J. Watt, Vince Wilfork, and Jadeveon Clowney. This is a pivotal game for the Jets’ playoff hopes as they could move to 6-4 or drop to 5-5.