Texas-Sized Letdown Leaves Jets With Little to be Thankful for 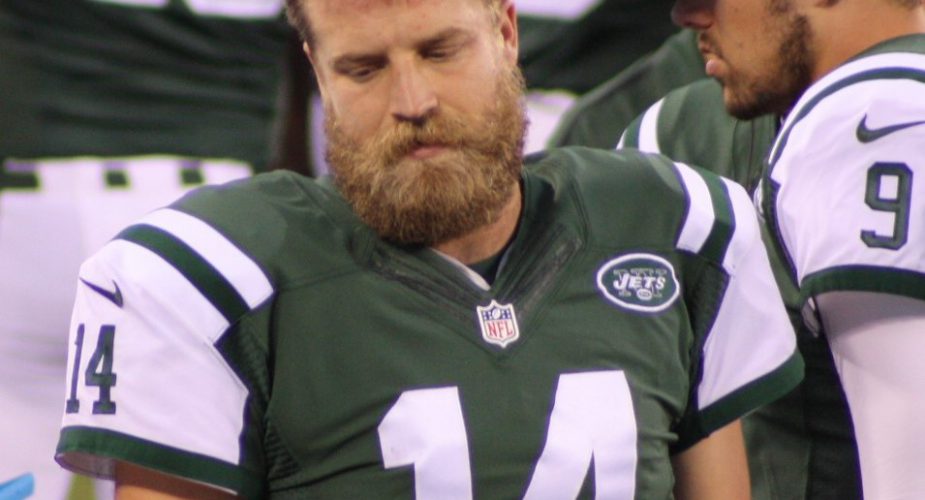 If you’re hosting any New York Jets fans for Thanksgiving this year, you’ll have to forgive them if they feel the need to excuse themselves from the table a time or two.  If they look pale or nauseous, there’s a good chance it doesn’t have anything to do with your cooking, but rather the rapid decline they’ve seen from the Jets in recent weeks.

Coming off of a heartbreaking 22-17 home loss to the Buffalo Bills, dropping them to 5-4 and knocking them out of the wild-card, the New York Jets needed a win in the worst way against the Houston Texans last Sunday.  The football gods did all they could to lend a hand and served up a turkey of a quarterback in TJ Yates on a silver platter, but the Jets sent it back.

A season that started with so much hope and optimism after jumping out to a 4-1 start has started to crumble, and not the good kind that’s loaded with apples or peaches.

What many expected to be one of the top defenses in the NFL surrendered 24 points to a quarterback who had thrown four touchdowns and seven interceptions over the course of his four-plus year career, and was last called upon to start a game in 2011.

While Yates was far from spectacular, he did plenty to beat Gang Green as his two touchdown passes tied a career-high, and he didn’t throw a single interception.

This is the type of loss that causes fans to re-calibrate their expectations for a team that had post-season aspirations following a wild off-season spending spree that preceded the hot 4-1 start.

Quarterback Ryan Fitzpatrick was off the mark early on, but even when he wasn’t, it didn’t seem to matter, as several key drops cost the Jets offense big plays through the air and might lead one to believe there won’t be any need to add any butter to whatever it is they may be eating today as there appeared to be plenty on their fingertips in Houston. 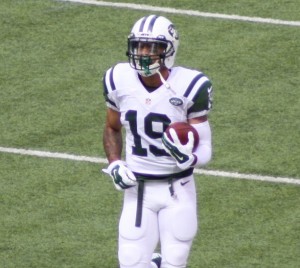 Struggling rookie Devin Smith had a pair of big drops against the Texans.

No drop was bigger than that of rookie wide receiver Devin Smith who Fitzpatrick hit in stride on a bomb that would have been a game-tying touchdown.  Instead, it was just another incomplete pass on the stat sheet, and one of two deep balls the rookie couldn’t hold on to from Fitzpatrick.

Given Fitzpatrick’s clear physical limitations, blown scoring opportunities will almost always be too much for the Jets to overcome, just as it was last week when tight end Kellen Davis failed to turn around to locate a would-be touchdown that could have given the Jets a late lead against the Bills.

The bigger story at the moment however, should be that of the defensive struggles.

Having signed cornerbacks Darrelle Revis, Antonio Cromartie, and Buster Skrine, safety Marcus Gilchrist, and adding the sixth overall pick, defensive lineman Leonard Williams, to an already stout unit, the Jets defense was supposed to be able to slow down even the best offenses in the NFL.  Nobody could have foreseen the unit performing at a historically bad level this season.

While the defense has been very good at times, a lack of consistency and inexcusable losses to multiple inexperienced quarterbacks such as Yates, Buffalo’s Tyrod Taylor and Derek Carr of the Raiders could wind up being a big reason why the Jets find themselves sitting at home again come playoff time.

One could even go so far as to say that if the Jets defense doesn’t get its act together soon, the team may as well turn to quarterback Geno Smith down the stretch.

Starting Fitzpatrick this season made sense as a top-15 scoring offense wasn’t an unrealistic expectation (currently 12th) with the addition of wide receiver Brandon Marshall and Fitzpatrick’s familiarity with offensive coordinator Chan Gailey.  Top-15 would be a significant improvement over the multiple bottom-5 finishes fans have had to endure over much of the last decade.

Had the defense been as good as many expected, somewhere along the lines of the Jets 2009 unit that allowed an NFL-best 14.8 points per game, Fitzpatrick’s production would easily have the team humming along toward the post-season.

A struggling defense allowed over 1,000 yards passing over a 3-game stretch earlier this season.

However, this year’s model is closer to last year’s team in terms of points allowed per game (20.8 to 25.1) than the 2009 team, and if they can’t be counted on to slow down TJ Yates, it’s not realistic to expect them to do it against any remaining QB’s on the schedule.

Given the choice, any defensive coordinator in his right mind would choose to go head-to-head with Yates versus any of the signal callers lined up to face the Jets over the remainder of the season (Ryan Tannehill, Eli Manning, Marcus Mariota, Tony Romo, Tom Brady and Tyrod Taylor).

Of the five losses the Jets have suffered this year, Fitzpatrick played the majority of the snaps in just four.  In three of those losses, the Jets dug themselves into early double-digit holes as the struggling Philadelphia Eagles, Buffalo Bills and Texans jumped out to big leads early on, pinning the team’s hopes on Fitzpatrick’s right arm.  Not exactly what the team’s blueprint called for.

What the Jets had hoped would be a recipe for success; a dominant defense and running game with a quarterback who gets the ball in the end zone more frequently than he gives it away has fallen flat.

So what is Head Coach Todd Bowles to do?  Stick with Fitzpatrick while he tries to get his defense firing on all cylinders, or give the big-armed Smith the nod at some point if the big deficits become a regular occurrence and he wants to determine once and for all if Smith has what it takes to become a quality NFL QB?

Whichever route he decides to go, Jets fans are in an all-too-familiar position of rooting ford a team with nothing but question-marks regarding the future of its most important position for the long-term, and one that may not be enough to win consistently  in the short-term.

The big signings, the fast start, the high expectations…all a distant memory as the Gang Green faithful, so enjoy the Turkey and all the trimmings before Sunday’s showdown with the Miami Dolphins at MetLife Stadium.