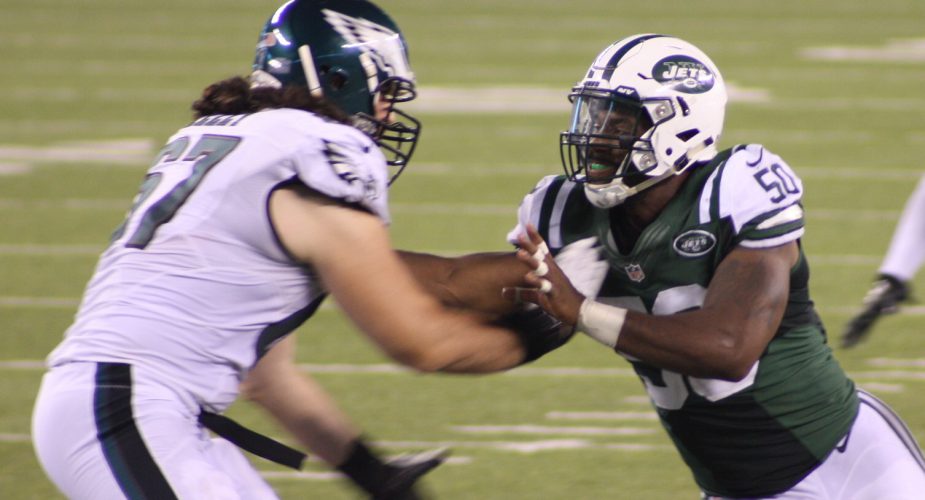 The New York Jets have announced the signing of nine players to future/reserve contracts.

We have signed 9 players to reserve/future contracts. DETAILS >> https://t.co/LchC4MMmG3 pic.twitter.com/33ys1himRQ

Barnes, Harrison and Simon may have the best chance to make next season’s 53-man roster as linebacker Calvin Pace may not be back in 2016, Harrison is a candidate to compete at OG or possibly OT where he played in spot duty for Texas A&M in 2014.

The possible departure of current NT Damon Harrison could open the door for Simon, a 7th round draft choice out of Northwest State (Louisiana), to compete for a spot.

Posted by JetNation.com on Monday, January 4, 2016