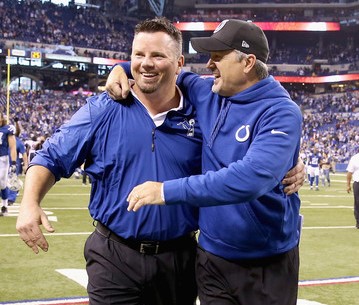 The Jets are hiring Brant Boyer as their special teams coordinator, ESPN Insider Adam Caplan reported. This will… https://t.co/byylKVaEym

A former NFL linebacker of ten seasons with the Dolphins, Jaguars and Browns, Boyer has worked in his current role for four years in Indianapolis.

After a season that saw Gang Green’s special teams finish 26th in the NFL according to footballoutsiders.com, a change was clearly on the horizon and now the Jets have a coach who they hope can solidify a unit that has struggled mightily since the departure of former special teams coach Mike Westhoff who spent over a decade with the Jets before stepping down after the 2012 season.

Boyer becomes the third coach to hold the position in as many years following heavy speculation that Falcons coordinator Keith Armstrong was next in line.

By Glenn Naughton
Posted on February 2, 2016