Jets’ Catapano to get Chance at Starting Linebacker Spot 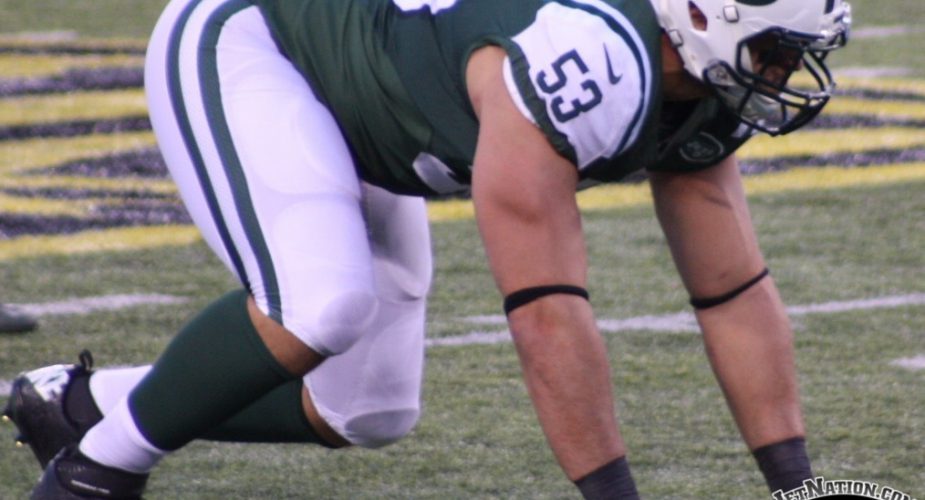 In a report he filed with ESPN New York, Jets beat writer Rich Cimini shared an interesting note in regards to Jets defensive lineman/linebacker Mike Catapano who is reportedly garnering serious consideration as a starter this season at outside linebacker.

An in-season addition after being let go by the Kansas City Chiefs, Catapano spent some time on the Jets practice squad before appearing in 3 games, playing 53 snaps and picking up a sack of Eli Manning against the Giants before suffering a season-ending lisfranc injury not long after the sack.

In his limited time, the 6′ 4” 270 lb Princeton product impressed coaches and fans with a non-stop motor that has helped him go from free agent, to practice squad, to situational pass rusher who now has a chance to  make a name for himself and fill a gaping hole in the Jets defense on the outside in 2016.