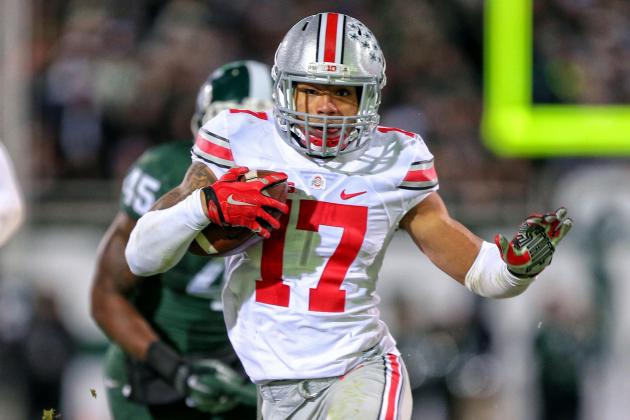 In the hours and days immediately following the NFL draft, teams get on the phones to quickly sign their top undrafted choices who are officially free agents.  JetNation.com took a look at some of the names being reported by the Jets as well as multiple social media outlets. However, with the Jets releasing the official list, we take another look and who’s who and what players could stick with Gang Green.

An extremely intriguing prospect out of Temple, Anderson’s size speed combo (4.28 40 at his pro day) make him worth a look.  He’ll make plenty of dazzling catches but will also suffer the occasional drop on what should be a routine catch.  Anderson faced lower competition at Temple, but he did face off against first-round cornerback William Jackson III and had quite a day.  Matched up against one another for most of the day, Anderson hauled in 12 catches for 150 yards, including a 51-yard grab that saw Anderson scream past Jackson III lined up one-on-one.  Of all the undrafted players brought it, Anderson may have the best shot to stick.

Yet another Ohio State product heading to the NFL, only this time not via the draft.  Marshall is listed is a wide receiver but is more likely to get a look at H-back in the pro’s.  He logged 25 carries as a running back as a freshman before seeing that drop to just 2 in a Sophomore with most of his production coming as a receiver.  In two seasons at Ohio State, he totaled 74 receptions for 976 yards and 11 TD’s.  Also a return specialist, Marshall averaged 12.7 yards per punt return on 52 attempts, and had a 30.7 YPR average on 92 kick returns.

A native of Nairobi, Kenya, Matungulu is a raw prospect with just four years of football under his belt.  The 6′ 5”, 290 lb defensive lineman grew up playing rugby, soccer and basketball before heading to Western Carolina to pursue an interest in molecular biology.  As you’ll see in this piece on Matungulu, his route to the NFL has been far from traditional, but he has still managed to interest several NFL clubs.

Obioha spent four seasons at Texas A&M where he played inside and outside along the defensive line, picking up  4.5 sacks and 137 tackles, 2 forced fumbles and 1 fumble recovery.