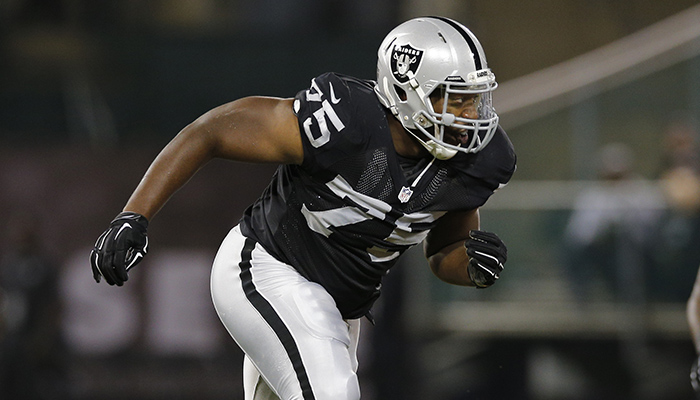 Harris (6’2″, 288) was Oakland’s seventh-round pick (No. 235 overall) out of Illinois State in the 2014 NFL Draft. He played in eight games the past two seasons with the Raiders, recording 14 tackles and his first pro sack in the Raiders’ final game last season at Kansas City. He was waived by Oakland last month.

Okoye (6’6″, 304) was signed to the Jets’ practice squad as an offensive lineman last November after entering the league with San Francisco as an undrafted free agent D-lineman in 2013. He also spent time with the Cardinals last year before coming to the Jets. He had returned to the defensive line this offseason.

You can read more about Shelby Harris in our forums.