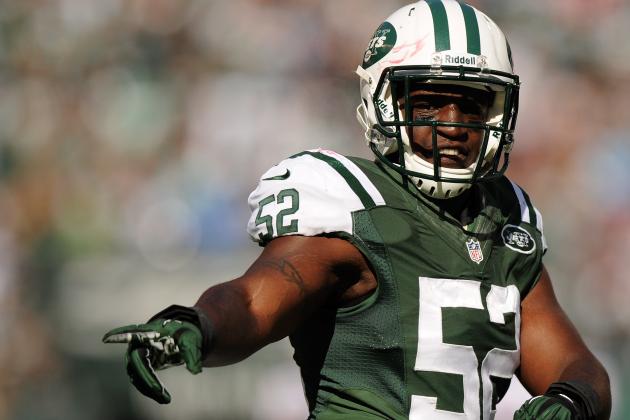 After a scare in week three of the preseason, David Harris will start for the season opener against the Cincinnati Bengals. Harris injured his shoulder against the Giants, and initially thought he had broken his collarbone. After tests, it was revealed that it was only a bruise. This will be a huge boost for the Jets seeing as Harris is essentially the quarterback of the defense, making sure all the players are in the right position. Conversely, rookie Jordan Jenkins will be out today. Jenkins wasn’t able to practice all week and was listed as doubtful for the game. Even though Jenkins was selected in the third round, he was the favorite to start opposite Lorenzo Mauldin at outside linebacker. Mike Catapano will likely start in his place.

Both backup quarterbacks Bryce Petty, and Christian Hackenberg won’t dress for today’s game. This shouldn’t surprise anyone as Petty is recovering from an injury, and Hackenberg is in a “red shirt” season. Petty’s push for the second string spot was cut short against the Eagles after throwing a touchdown strike to Robby Anderson. With Geno Smith’s contract expiring after this season though, it’s likely he could either have a chance to start or be the second string backup next season. Meanwhile, Hackenberg looked completely lost against the Eagles, and showed he was still far away from taking the field during the regular season.

Newly signed running back Troymaine Pope will be inactive, leaving Matt Forte and Bilal Powell as the only two active running backs. Julian Howsare will also be active at fullback. Pope was one of the leading rushers in the preseason, but he won’t get a chance to flash his ability yet for the Jets.

New tight end Braedon Bowman will be inactive today as well. The Jets made a statement by releasing former second round pick Jace Amaro, who failed to make any argument for a roster spot. While releasing Amaro was justified, it leaves the Jets with a destitute tight end position for the second season in a row. Incumbent Kellen Davis will start, followed by Brandon Bostick.

Fifth round draft pick Brandon Shell will likely see a “red shirt” season as well. Shell looked almost as lost as Hackenberg during the preseason. It’s likely he will get ample opportunity to prove himself as the Jets moved up to select him in the fifth round.

The Jets’ 2016 season begins today at MetLife Stadium on the 15th anniversary of 9/11. It will be an emotional atmosphere, and a huge game for both the Bengals and the Jets. The Jets have a tough schedule this season, and will be looking to open the season with a win for the sixth time in a row.