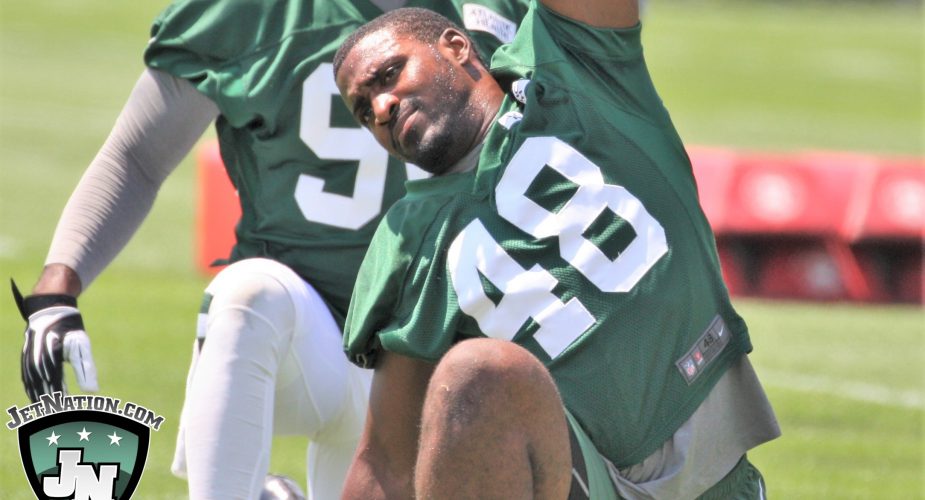 After missing each of the Jets’ first two regular season games due to a calf injury suffered late in training camp, it sounds like rookie linebacker Jordan Jenkins could be making his debut this Sunday against the Kansas City Chiefs.

At this point, it’s not as much about Jordan’s injury as much as it is his conditioning according to head coach Todd Bowles.  When asked about Jenkins’ progress, Bowles replied “He’s progressing pretty good.  We just have to get him in shape”.  A Jets beat writer followed up with by asking if there was any impact from the injury at this point to which Bowles clarified, “Just getting him in shape”. 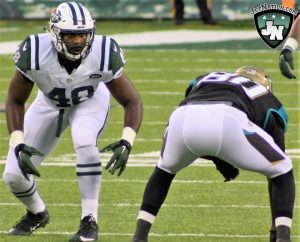 Jets fans could get their first regular season glimpse of Jenkins on Sunday.

Outside of a sack from Lorenzo Mauldin in the season opener, the Jets haven’t seen many impact plays from their outside ‘backers which shouldn’t be much cause for concern after only two games.  The lack of plays could be attributed a lack of reps (45 for Mauldin, 30 for Catapano), and the Jets defense often being boom or bust.  Opposing offenses are either being shut down in short order, or scoring on quick-strike deep passes, putting together very few extended drives.

Jenkins, who was instantly plugged in and given a shot to win the starting job from the first day of off-season OTA’s seized the opportunity and never looked back.

Now the Jets and their fans are hoping the 6’ 3”, 247 lb University of Georgia product is looking forward to a week 3 pro debut.