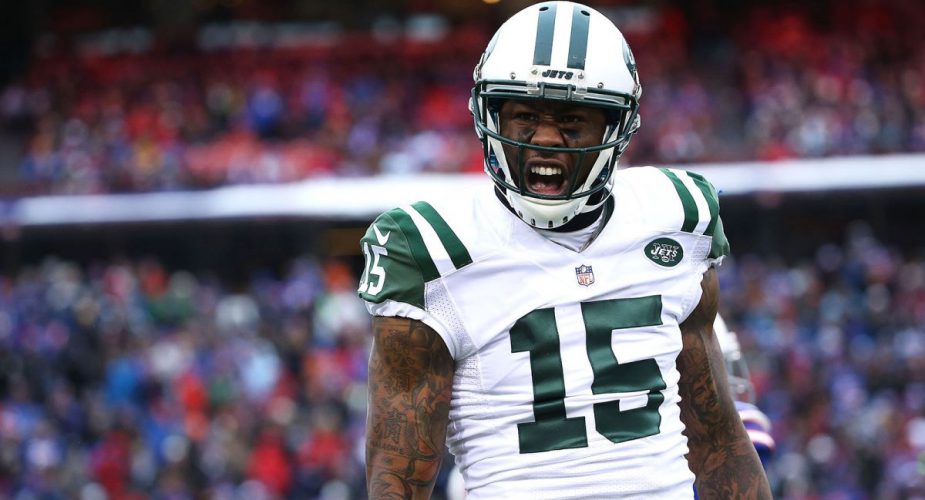 Thursday night against the Buffalo Bills Brandon Marshall suffered an injury that appeared to be very serious. At first Marshall thought his career was over, but he was back on the field five minutes later. Marshall was later diagnosed with a mild knee sprain. After missing practice all week other than limited participation on Friday, Marshall was listed as questionable for Sunday. It’s likely that Todd Bowles will have Marshall on a snap count. On the defensive side, leader David Harris is also active. Erin Henderson is inactive today, giving rookie Darron Lee another starting opportunity. Lee is currently leading the Jets’ defense in total tackles. Another active player worth mentioning is third round pick Jordan Jenkins who is reclaiming his role at outside linebacker from the inactive Mike Catapano, an ex-Chief.

Petty and Hackenberg are both still inactive. It’s likely that Hackenberg will receive a red shirt season, remaining inactive all season. Petty is still recovering from an injury he suffered in the final game of the preseason. After throwing a touchdown strike to wide receiver Robby Anderson, Petty took a crushing hit injuring his shoulder on the play. As of right now, and most likely for the rest of the season, Geno Smith will be backing up Ryan Fitzpatrick.

Troymaine Pope, who was acquired on waivers from the Seahawks after Khiry Robinson re-injured his leg, remains inactive. With the way the Jets have been using Matt Forte even Bilal Powell is barely seeing the field. Barring an injury Pope will likely remain on the inactives list this season.

Fifth round pick Brandon Shell will likely also see a red shirt season. Shell showed his inexperience in the preseason, and isn’t ready for live action yet.

The Jets’ struggling secondary will only have four cornerbacks suit up with Darryl Roberts sitting out again this week. If the struggles continue, there could be some shaking up of the depth chart.

The Jets got a much-needed win last Thursday night, but there’s a big difference between going 2-1 and 1-2. The Jets will look to grab a win on the road in the loud Arrowhead Stadium.