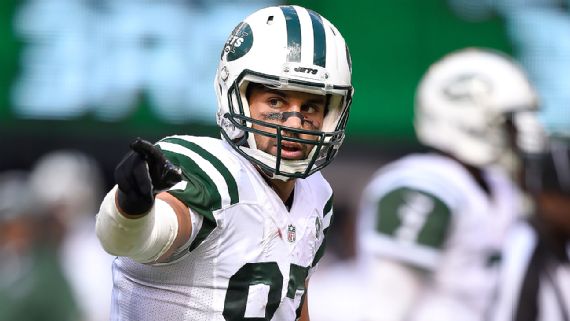 After revealing that Eric Decker has a partially torn rotator cuff, Todd Bowles also revealed that Decker will be out this week against the Seattle Seahawks and is considered week-to-week. It’s highly likely that Decker could be out an extended period of time as he tries to rehab his shoulder without surgery. If he does receive surgery, it’d likely be a season-ending recovery. Newly acquired tight end Austin Seferian-Jenkins will also be inactive today. Jenkins is still learning the offense, but could be ready to go next week. Former Seahawks running back Troymaine Pope will be active today, but it’s unclear how much of a role he’ll play, if any.

The Jets will be without another offensive weapon this week with Jalin Marshall recovering from a torn shoulder labrum that will likely keep him out a few weeks. As insurance, the Jets re-signed veteran kick return specialist Jeremy Ross. Ross will be active for today’s game, and will likely be returning both kickoffs and punts.

Backup cornerback Darryl Roberts will sit out today. It’s an interesting move by the Jets to activate the backup running back Troymaine Pope, who likely won’t see any action, instead of Roberts. With the secondary struggling the Jets could have mixed Roberts into the lineup for some competition. Maybe he’ll get a chance down the road if there’s an injury in the secondary.

Backup lineman Brandon Shell will remain on the sidelines. With most of the offensive line playing consistently, there’s no need to activate Shell anytime soon. Breno Giacomini will likely return after week six, meaning we could see another lineman added to the inactives report.

The Jets will look to bounce back after an embarrassing loss against the Chiefs. Ryan Fitzpatrick, who threw six interceptions that game, said “It would be crazy if I could sandwich two players of the week around that awful game.” He doesn’t need to earn player of the week, but he does need to clean up the turnovers to lead the Jets to a victory at home.