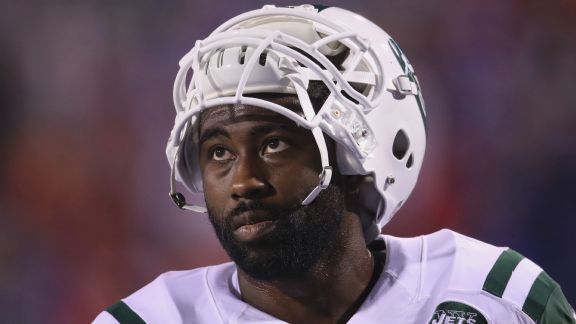 Things aren’t looking good for Eric Decker. He doesn’t seem to have made any progress with his torn rotator cuff injury, and could be out for an extended period of time if not headed for injured reserve. Decker recently revealed in an interview that he is in constant pain when sleeping at night or lifting heavy objects, a bad sign. Another key player sitting out of today’s match up will be the Pennsylvania native, Darrelle Revis. After suffering a pulled hamstring in the fourth quarter against the Seahawks, Revis missed practice and was considered doubtful for today’s game. Marcus Williams will start in place of Revis, with Buster Skrine and Juston Burris also starting in the base defense. The Jets are hoping that newly signed tight end Austin Seferian-Jenkins can make an impact in place of the injured Eric Decker. Only three of Seferian-Jenkins’ 22 receptions were out of the tight end position last season, the rest were while he was lined up as a wide receiver. This bodes well for Chan Gailey’s anti-tight end playbook, Seferian-Jenkins can essentially fill in for Decker.

Jalin Marshall was seen fielding punts in practice, but will remain out this week a with torn labrum. Jeremy Ross will likely continue to fill in for Marshall returning kicks and punts. Marshall and Ross had success returning this preseason, but Ross faded towards the end.

Braedon Bowman will be out this week. Bowman had a terrible drop last week against the Seattle Seahawks after Ryan Fitzpatrick hit him right in the chest with a deep ball. It was a discouraging first play for the young tight end.

Brian Winters was flagged for unnecessary roughness last week for intentionally headbutting a Seahawks defender. Winters also gave himself a concussion in the process, effectively putting himself out for this week. Brandon Shell will be active this week in a backup role. The Jets will likely start Ben Ijalana and Brent Qvale at right tackle and right guard respectively.

Bryce Petty and Christian Hackenberg will be out again this week. It appears that Bryce Petty is close to returning from his injury. If the season continues to go downhill it’s possible Petty could be given a shot later this season, particularly if the Jets are mathematically eliminated from the playoffs.

The Jets will head into Pittsburgh desperate, and down some key starters. It’s dire straits for the Jets who sit at the quarter-mark at 1-3. The Jets are historically bad against the Steelers going 5-19 all-time. It will be a true test of adversity for the Jets who will look to escape Heinz Field with a win.