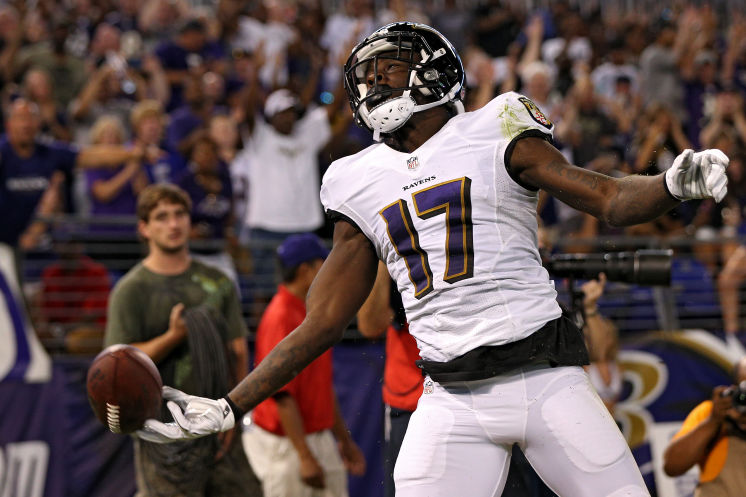 Continuing to stick with a trend  they established last season and in to this year, the New York Jets have added another lengthy target for Ryan Fitzpatrick after claiming 6′ 2” wide receiver Jeremy Butler off waivers.  The Jets cut ties with fellow receiver Jeremy Ross to make room for Butler.

Butler’s addition gives Gang Green a total of six wide receivers who come in at over six feet tall with Brandon Marshall leading the way at 6′ 4”.  Jalin Marshall, checking in at 5′ 10” is the only jets pass catcher who comes in under six feet.

Butler spent last season with the Baltimore Ravens after playing his college ball at Tennessee-Martin where he racked 20 TD receptions in 2 seasons while getting some work as a punt returner, bringing back 9 punts for 65 yards.  During his rookie campaign, Butler hauled in 31 receptions for 363 yards.

With star receiver Eric Decker still on the shelf with a partially torn rotator cuff, it appears the Jets were determined to add another big body to the roster.  Last week, the team held a workout for former Titans wide receiver Andrew Turzilli who checks in at 6′ 4” but nothing materialized following the session.