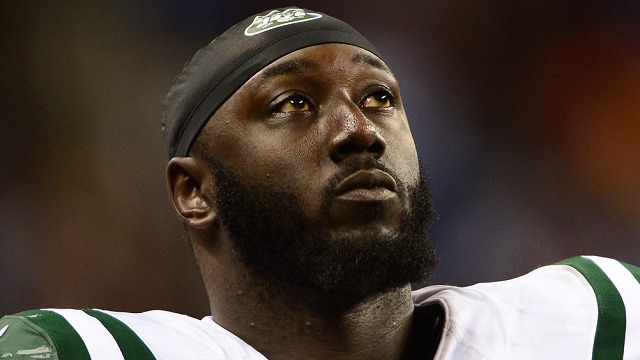 Muhammad Wilkerson will miss his first game of the season with an ankle injury. Wilkerson has had a less than stellar start to the season only recording one and a half sacks while Leonard Williams leads the team with five. Coming off a huge contract extension, Wilkerson is likely feeling the heat for his struggles. Meanwhile, with Erin Henderson out for the season with an undisclosed non-injury related issue and Darron Lee out this week, newly promoted linebackers Julian Stanford and Victor Ochi will suit up. Stanford stood out in the preseason, while Ochi is a Long Island, NY native.

Jeremy Butler will remain inactive again this week while Nick Marshall, who was signed the same week as Butler, will be active. Marshall may get a chance to get on the field if the secondary struggles continue.

Brent Qvale, who was splitting reps with Ben Ijalana and replacing Brian Winters while he was out, is inactive today. Qvale didn’t practice all week with a neck injury, and was listed as out. This means former resident of the inactives list, Brandon Shell, will be active likely as a backup.

Bryce Petty and Christian Hackenberg are inactive once again, perhaps not for long though. With Geno Smith starting, and Ryan Fitzpatrick on the bench, the possibility of one of the two playing this season increases significantly. It’s likely that the Jets will turn to Petty first, and let Hackenberg finish out his red shirt season.

The Jets’ are officially in panic mode, the change at quarterback has been made. If the Jets lose at home against the Baltimore Ravens the season essentially becomes garbage time. Geno Smith will get his chance, but if he falters it makes sense for the Jets to see what they have in Bryce Petty. The Jets will honor the late Dennis Byrd at home with a tribute video before kickoff.