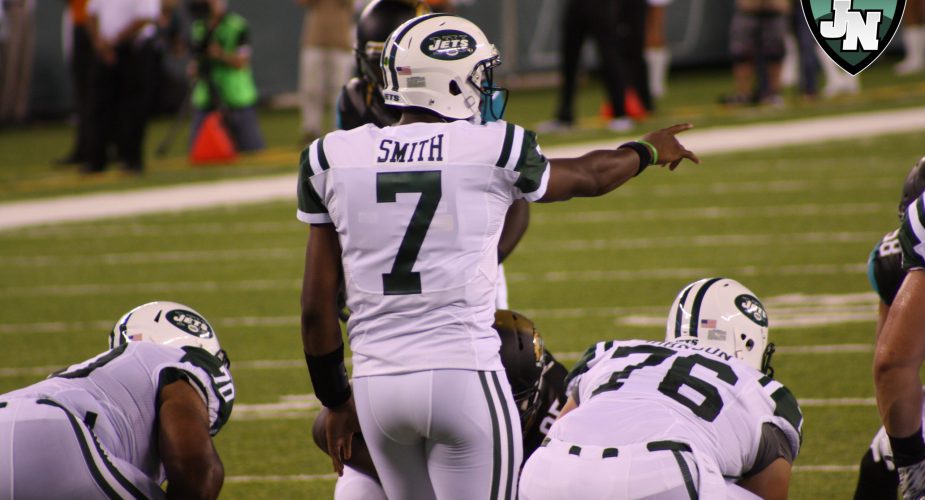 It was just a formality, but the New York Jets have officially placed injured starting quarterback Geno Smith on season-ending injured reserve as a result of the torn ACL he suffered this Sunday against the Baltimore Ravens.

We have signed LB Taiwan Jones and placed QB Geno Smith on IR.

The team also confirmed the return of linebacker Taiwan Jones who spent most of last season as a member of the Jets practice squad.  Jones’ return should come as no surprise as starter Erin Henderson is expected to miss the remainder of the season for undisclosed reasons and back-up Bruce Carter left Sunday’s game with an injury as well.

First round draft pick Darron Lee was also inactive against the Ravens with a knee injury of his own.