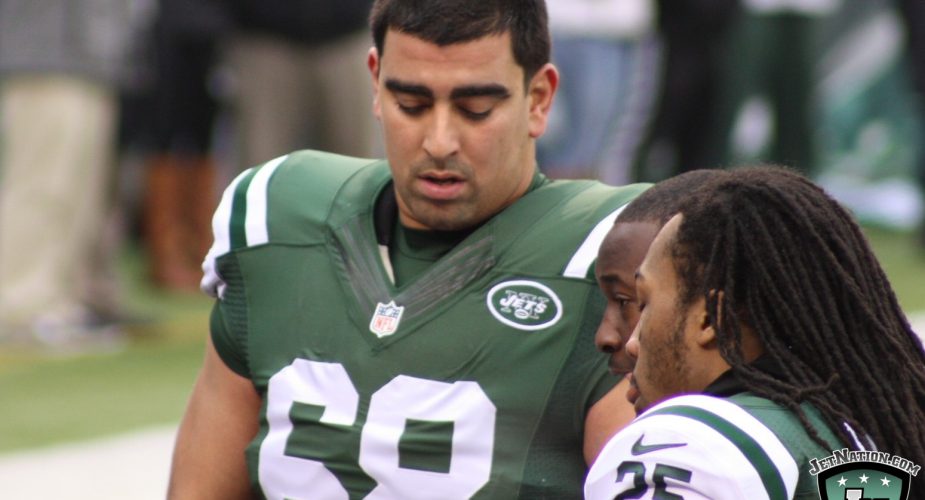 The Jets today announced they’ll be activating right tackle Breno Giacomini from the physically unable to perform (PUP) list in advance of their Sunday game against the Cleveland Browns.

The move couldn’t come at a better time as the Jets are badly beaten up on the offensive line with right tackle/guard Brent Qvale already ruled out, center Nick Mangold unlikely to play with ankle injury and starting left tackle Ryan Clady listed as questionable.

Should Clady be unable to go, Ben Ijalana would likely slide over to the left side where he served as D’Brickashaw Ferguson’s back-up for several years before finally getting on the field this season.

Giacomini has been shelved since injuring his back during training camp.