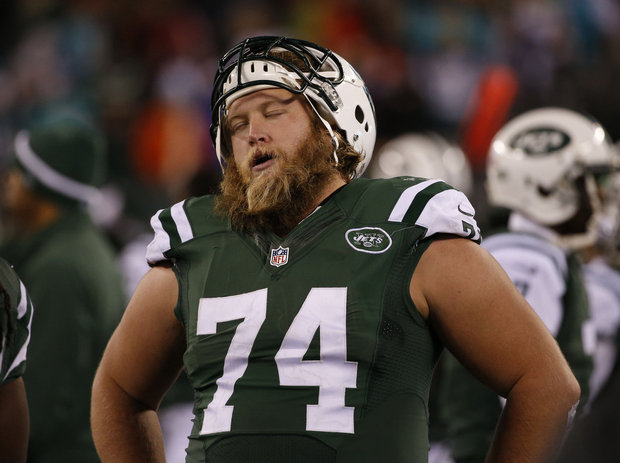 Nick Mangold will miss his fifth game in 11 seasons with the Jets. Wesley Johnson will start in place of Mangold at center. Fellow lineman Breno Giacomini recently returned from the PUP list, and will start in place of Ben Ijalana at right tackle. Marcus Williams will start for Buster Skrine at cornerback, likely moving rookie Justin Burris into the nickel. The Jets are banged up, and have a number of contributors out today against the Cleveland Browns.

Brent Qvale will miss his second week in a row. Qvale would likely sit out today anyway with Giacomini returning to the lineup. Both Qvale and Ijalana played well while filling in for Giacomini and also playing for Brian Winters when he was out.

Both middle linebackers Bruce Carter and Darron Lee will be out today. Julian Stanford will start in place of Lee, and recently promoted linebacker Victor Ochi will likely see a little time on the field as well.

It was pretty obvious that the right choice was to make Bryce Petty the backup quarterback, so it’s strange why Todd Bowles didn’t announce it earlier this week. Petty has a year under his belt, while the rookie Hackenberg would benefit from a red shirt season. There’s no reason for the Jets to play Hackenberg this season unless they’re forced to.

The Jets rebounded from a four game losing streak at home last week, but if they can’t string together a few wins before the upcoming bye the season is lost. If the Jets can enter the week 11 bye at 5-5 they’d have some serious momentum heading into the home stretch. They have three relatively easy games before then, today against the Browns, then the Miami Dolphins, and then the Los Angeles Rams. If the Jets can’t win today against the 0-7 Browns, they might as well turn to one of their younger quarterbacks to look towards the future.