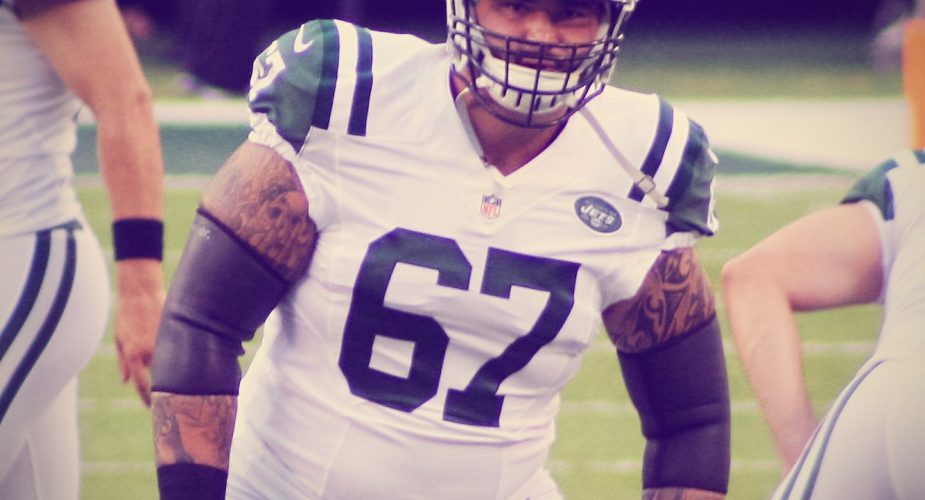 The 3-5 New York Jets head to Miami to face the 3-4 Dolphins with both teams looking to extend their respective two-game winning streaks to three in a row.

The driving force behind the Dolphins’ resurgence has been the performance of running back Jay Ajayi who has come from out of nowhere to rush for over 200 yards in each of the last two games since seeing an uptick in his rushing attempts.  Naturally, Ajayi has garnered all of the headlines, but you can’t overlook the play of the guys in the trenches who provided Ajayi with plenty of room to run. 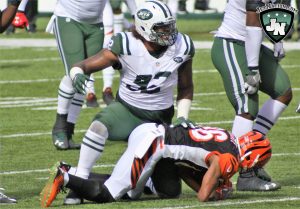 Leonard Williams and company prepare to face an O-line that’s firing on all cylinders.

The Dolphins O-line is playing at a high level in both the run and pass games so the Jets defense will have a long day if their front seven can’t find a way to disrupt their rhythm.

First round draft pick Laremy Tunsil has been steadily improving for the fins and should see some one-on-one time with second-year defensive lineman Leonard Williams.  Williams is unlikely to allow Tunsil to gain control at the point of attack which will be key to slowing down Ajayi.

The Jets will also have to contend with Dolphins tight end Marques Gray who looked good in the Dolphins win against the Bills.  Lorenzo Mauldin has seen increased reps and has played more effectively in recent weeks.  Mauldin and Gray could be another match-up worth keeping an eye on.

On the opposite side of the ball things are a bit different, but far from something for the Jets to take for granted.

The Dolphins had visions of a dominant unit that consisted of Ndamukong Suh, Cameron Wake and free agent addition and former overall number one pick, Mario Williams. 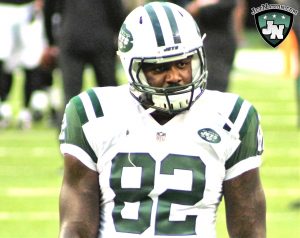 Brandon Bostick may be called on to lend a hand against Cameron Wake.

Through seven games, the trio have accounted for 7 sacks.  Going up against Breno Giacomini in just his second game back off the PUP list,the key match-up here becomes Wake vs. Giacomini.  Should the Jets tackle struggle, the Jets primary blocking tight end, Kellen Davis, may be inactive.  If that’s the case, expect to see Brandon Bostick lining up tight to Giacomini in passing situations.

Given the season-long struggles the Jets have had in the secondary, no opposing receivers can be overlooked as possibilities to make any game-changing plays at any given time.  In this particular case, the obvious choice is the versatile Jarvis Landry.

The Dolphins use Landry both inside and out, and have even used him out of the backfield this season, where he has 3 carries for 18 yards.

Jets head coach Todd Bowles told reporters yesterday that he believes the struggling Darrelle Revis is still capable of covering any player they ask him to.  If he’s isolated one-on-one against Landry, look for Ryan Tannehill to look his way.

As far as play-making Jets receivers go, Brandon Marshall had some interesting things to say about Miami cornerback Byron Maxwell earlier this week when discussing their head-to-head battle in London last season.  “I don’t know him, and I don’t like him” said Marshall, claiming that Maxwell was guilty of holding “on every play” last season across the pond.

Maxwell denied Marahsall’s accusations, saying he “never holds”, following that up by telling Marshall, through the media, that  “I’m in your head“.

The Jets secondary is simply not playing well enough to believe they’ll slow anyone down at the moment, and while Ajayi won’t see another 200 yard day, the Dolphins should be able to run the ball well enough to control the clock and Ryan Fitzpatrick still can’t be counted on to put up points on a consistent basis.  Thus…

By Glenn Naughton
Posted on November 4, 2016