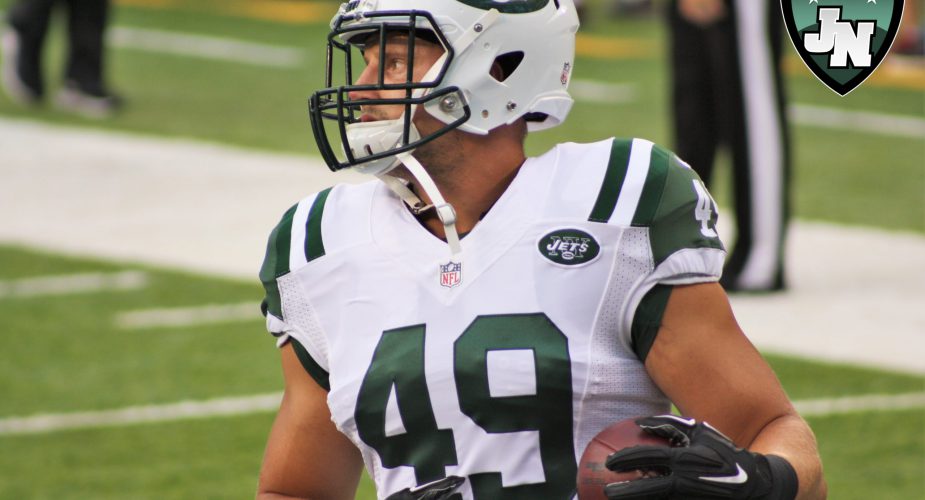 The Jets have announced the signing of five players to future/reserve contracts, including a pair of familiar names who were with the team this past pre-season and three others who spent time on the team’s practice squad.

We have signed five players to reserve/future contracts.

Directly from the Jets official site:

DL Kenny Anunike — Anunike (6’5″, 275) was signed as an undrafted free agent out of Duke by Denver after the 2014 draft. He played three games for the Broncos in ’15, then was waived by the Broncos this August. He was signed to the Jets’ practice squad Dec. 12.

WR Darius Jennings — Jennings (5’10”, 169) was signed out of Virginia by Cleveland after the 2015 draft. He was with the Browns off and on through this October, then spent two weeks on Chicago’s practice squad before being released and signing with the Jets’ practice squad Dec. 6.

DL Claude Pelon — Pelon (6’4″, 300) was signed by the Jets as an undrafted free agent out of the University of Southern California after the draft. He participated in almost 100 defensive snaps during the preseason, recording three tackles and a pair of QB hits, before being a final cut. He was first signed to the practice squad the next day, released 11 days later, then re-signed to the P-squad Dec. 7.

FB Chris Swain — Swain (6’0″, 249) was an undrafted free agent out of Navy signed by San Diego after the draft. He had seven carries for 16 yards and a touchdown and one reception for 11 yards in the preseason before being a final cut by the Chargers. He was added to the Jets’ practice squad Dec. 8.

TE Jason Vander Laan — Vander Laan (6’4″, 244) came to the Jets as an undrafted free agent making the position switch from QB at Ferris State, where he set the NCAA all-divisions record with 5,953 yards by a quarterback and the D-2 mark with 81 rushing TDs by a QB, to which he added 85 passing TDs. He saw some limited preseason playing time this year, was waived Aug. 28, but re-signed with the practice squad Dec. 20.