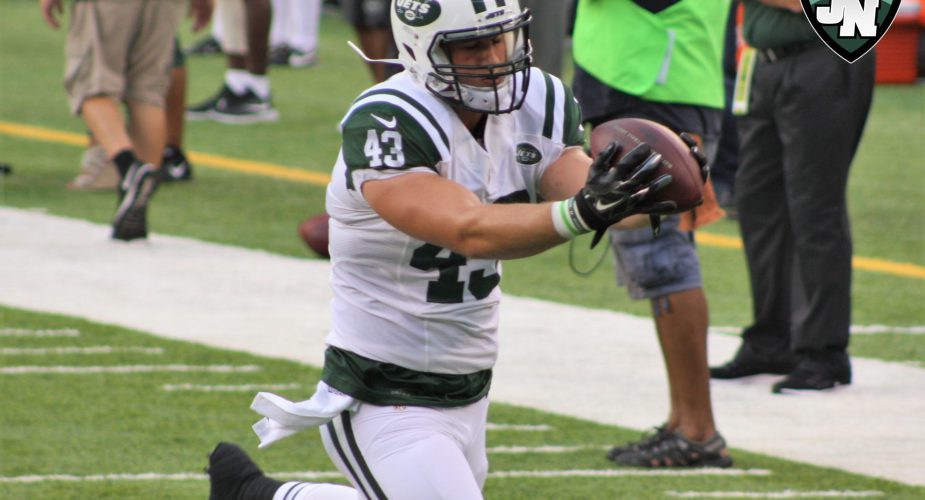 For those of you keeping track at home, the Jets have signed three more players to future/reserve contracts with former Jets fullback Julian Howsare leading the way.

Howsare, an undrafted free agent out of Clarion University was a college linebacker who made the move to fullback during training camp two seasons ago.  After spending 2015 on the Jets practice squad, he opened some eyes by cracking the 53-man roster out of camp this season.  Howsare’s stay was short-lived however, as waived after the season’s first few weeks.

White, out of Louisiana Tech, spent six weeks on the Jets practice squad this season and has seen time with the Packers, Giants and Bucs over the past three seasons, posting 16 receptions for 154 yards and 1 touchdown.

Foxx, a  versatile former Seahawk who saw time at running back/receiver/kick returner/punt returner and posted a 4.47 40 time at his pro day, played his college ball at Connecticut.  In four seasons, Foxx finished with 73 catches for 983 yards and 3 touchdowns to go along with 40 carries for 277 yards  (6.9 YPC) and 1 touchdown.