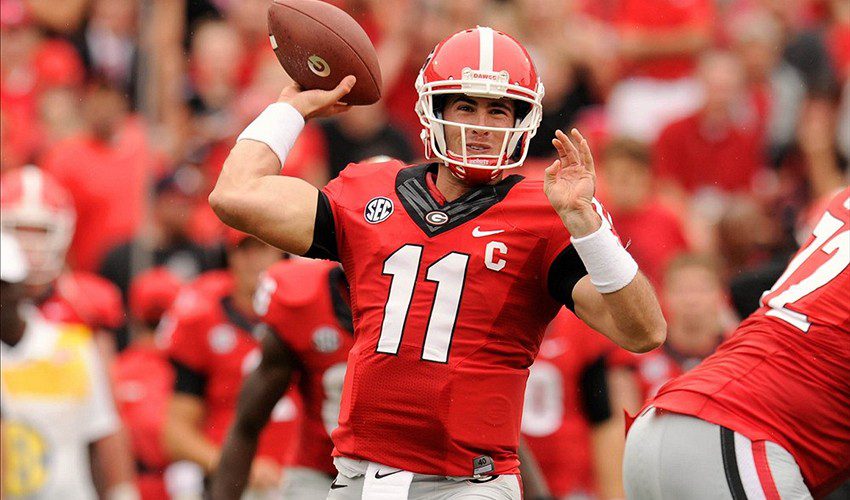 A small blip on the off-season activity radar today included three players working out for the Jets, one of which was former Kansas City Chiefs quarterback Aaron Murray.  Also being looked at were wide receivers Brian Tyms and Kyle Prater.

Murray, a former Georgia Bulldog who was drafted in the fifth round of the 2014 NFL draft has yet to appear in a pro game after throwing 121 collegiate touchdown passes to 42 interceptions to go along with 13,166 yards and a completion percentage of 62.3.

Tyms, a 6′ 3” wide receiver out of Florida A&M has spent time with the Dolphins, Browns and Patriots, appearing in 18 games (2 starts), picking up 7 receptions for 94 yards and a touchdown.

As far as projects go, there aren’t many bigger than Prater…literally.  Despite a disappointing college career at Northwestern where he battled injuries and caught just 71 balls for 654 yards and 2 touchdowns.  Even still, his size alone will likely be enough to get him a few looks around the league.