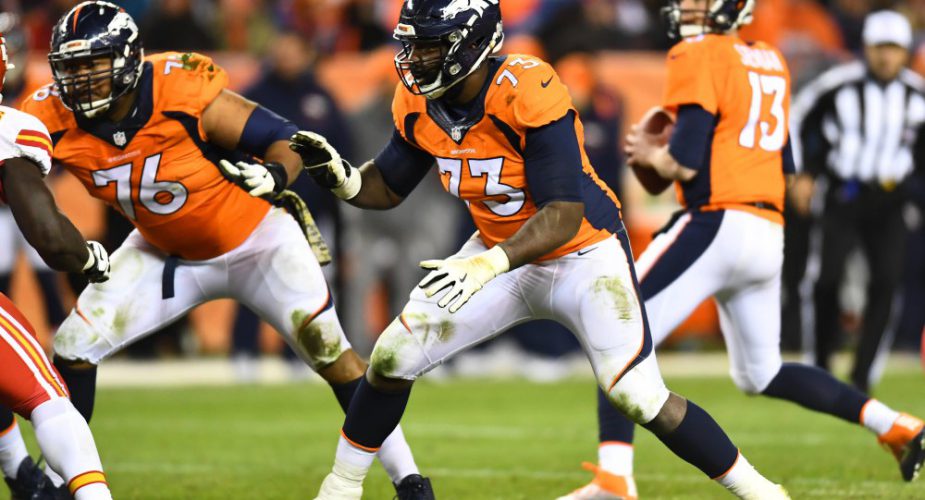 In dire need of a proven left tackle to protect the blind side of whoever may be under center for the Jets in 2017, Jason La Canfora of CBS Sports is reporting that the Jets are among those teams checking in with recently released left tackle Russell Okung.

No shortage of teams inquiring about Russell Okung, including the Giants, Jets, Chargers and Vikings

A durable seven 7-year veteran who has suited up for the Seattle Seahawks and Denver Broncos, Okung was recently cut loose by the Broncos who weren’t interested in doubling his 2016 salary of $5 million, to $11.5 million next season.

Without a proven left tackle on the roster and having recently cut ties with last season’s acquisition, Ryan Clady, Okung makes sense for Gang Green if he doesn’t break the bank.  That could be an issue however, as a weak free agency and draft class will give Okung plenty of leverage in negotiations with those teams interested in his services.