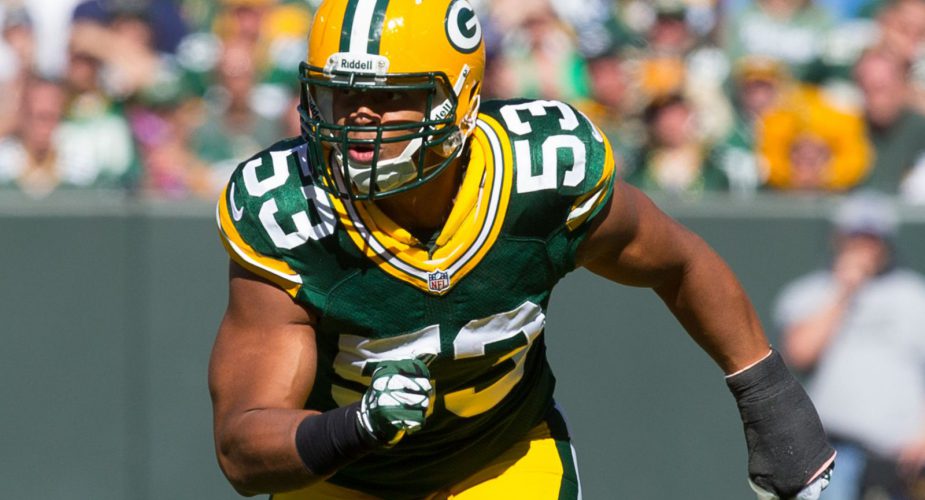 The three-day legal tampering period to speak with NFL free agents comes to a close today, and teams are free to begin handing out brand new contracts.  While there haven’t been any splashy rumors involving the Jets, there have been some worth noting as the team’s interest level, or lack thereof, has been reported through multiple outlets.  Here’s a quick roundup.

OLB Nick Perry- The top player being linked to Gang Green made an appearance on our list of six likely targets in Packers linebacker Nick Perry.  A former back up who had picked up 12.5 sacks for the Packers over his first four seasons.  Last year Perry got his first shot to start double-digit games (11) and he didn’t disappoint, picking up a career-high 11 sacks.  In 28 career starts, Perry has an impressive total of 23.5 sacks.

After the rumor surfaced on Packer Report, one twitter observer caught on to the fact that Perry was recently added as a contact by Jets defensive linemen Leonard Williams and Lawrence Thomas.  Where there’s smoke, there’s fire, right?

QB Brian Hoyer- Another one of our six potential Jets targets, rumors surfaced from Ian Rapoport that the Jets showed interest in Hoyer.

2 teams showing strong interest in FA QB Brian Hoyer are #49ers & #Jets. … Shanahan had him with #Browns, #Jets were in it last year, too

Hoyer eventually agreed to terms with the San Francisco 49ers on a 2-year deal, leaving the Jets in search mode.

QB Mike Glennon- Glennon made the most sense for the Jets at the start of free agency as he was the only young QB to hit the market with any real value.  That value is now reportedly in the $15 million per year range with the Bears where Glennon appears to be headed.  Even with that being the case, Jets beat writes Brian Costello says the Jets aren’t fully out of the bidding for Glennon and are “keeping an eye” on the situation.

Jets are not fully out of crazy Mike Glennon sweepstakes https://t.co/K6fuvFlE4B via @nypostsports

C Brian Schwenke-  When the Jets cut ties with Nick Mangold a week ago, it was assumed that last year’s fill-in for Manglold, Wesley Johnson, would be handed the job.  That may not be the case as the Jets reportedly have an interest in free agent center Brian Schwenke according to Ian Rapoport.  Whether or not Schwenke would be the team’s starter is unknown at this point as the Jets have heavily scouted centers leading up to the draft.

TE Anthony Fasano- With a gaping hole at the tight end position, Fasano is a player that didn’t make our list of possible additions based on one factor, and that was his age (32) as the Jets look to re-build and get younger.  A local product out of Glen Ridge, New Jersey, Fasano has reportedly had multiple teams ask about his services, but none more in need of them than the Jets.  The Tennessee Titans reportedly want to retain Fasano as well.

For any Jets fans hoping to see Tony Romo in Green and White once he’s let go by the Cowboys, there’s said to be no interest from either side, so we can put that one to bed.

Also looking to retain some of their own free agents, the Jets are said to be working on bringing back linebacker/special team’s ace Josh Martin while also keeping an eye on offensive tackle Ben Ijalana.