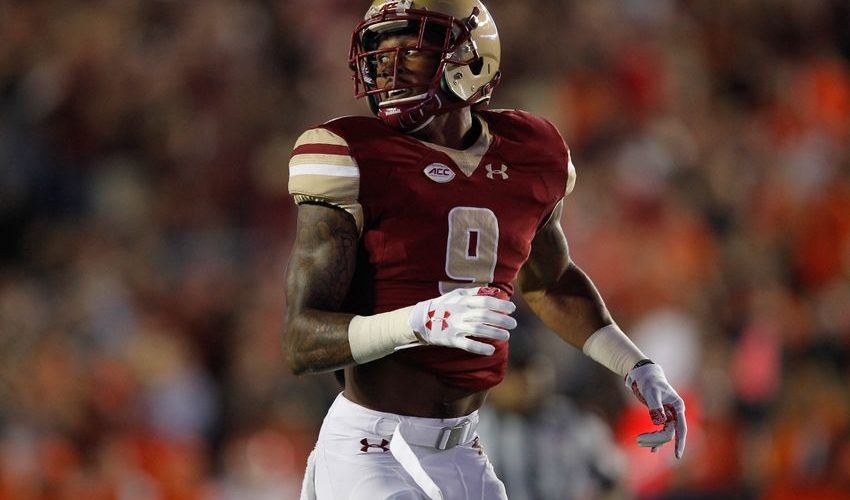 Due to count for over $7 million against this season’s salary cap, it’s hard to imagine the Jets won’t be looking to replace safety Marcus Gilchrist following a season in which he, along with the rest of the secondary, was struggling mightily before suffering a season ending patellar injury in December.

Cutting ties with Gilchrist would save the team $4.6 million but will also create a vacancy in the defensive backfield. One that could be filled early in the draft with a player such as Malik Hooker or Jamal Adams.

Should the Jets look to fill that need later in the draft,  Boston College’s John Johnson could be just what New York is looking for.

In discussing Johnson, the first thing that should come to mind is versatility because he has plenty of it.  Despite being listed as a safety for BC, Johnson has spent some time at both safety spots and cornerback, saying after his recent pro day that some scouts told him point-blank, “John, you’re not a safety, you’re a corner, so get that out of your head”.

Some teams may see Johnson as one or the other, but as much as Todd Bowles values versatility, a player like Johnson who has been used all over the field is an enticing option.

A late arrival to some scouting circles, NFL.com posted this blurb about Johnson from one secondary coach who was impressed by Johnson’s showing at the combine:

“He’s really caught my eye out here. Had to go look him up with one of our scouts to find out more about the kid. Way more athletic than a lot of the safeties you see out at this game.” — NFC secondary coach

Not afraid of contact, Johnson, a team captain, led the Eagles in solo tackles during his senior campaign with 56 and closed out his collegiate career with a 12 tackle effort against Maryland.  After going without an interception through his first two seasons, Johnson picked off three passes in each of the next two seasons and finished his career with 14 passes defended, 167 tackles, 2 1/2 sacks and a pair of forced fumbles.

Somewhat of a Swiss army knife on defense, Johnson would give Bowles an every down player whose game is solid across the board and while his tackling and technique could use refining, all of the attributes are there to allow him to become a solid defender under the right guidance.

Will Todd Bowles and company get a chance to cultivate Johnson’s talents following the draft?  Only time will tell.