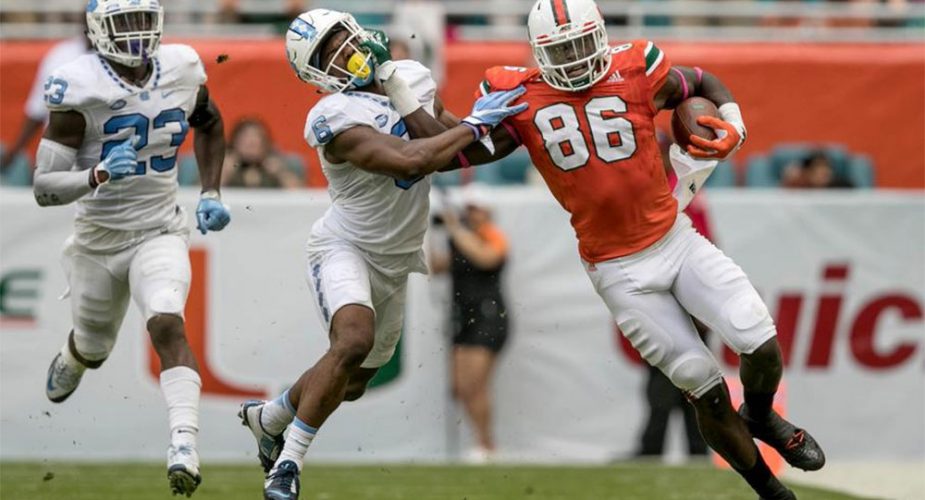 With the NFL draft just a week and a half away, the Jets continue to meet with some possible picks near the top of the draft at key positions.

According to Jordan Raanan of ESPN, Miami tight end David Njoku will be meeting with Gang Green at some point today after cancelling his visit with the New York Giants.

TE David Njoku scheduled to visit the Jets on Monday, per source. His previously scheduled visit with the Giants for Monday was cancelled.

At 6′ 4” 246 lbs, the freakishly athletic Njoku would fill a huge void in the Jets offense where their tight ends have been invisible over the last two seasons, combining for just 18 receptions.

Njoku is projected to be a late first or early second round pick in the upcoming draft.