Jets UDFA has What it Takes to be Special 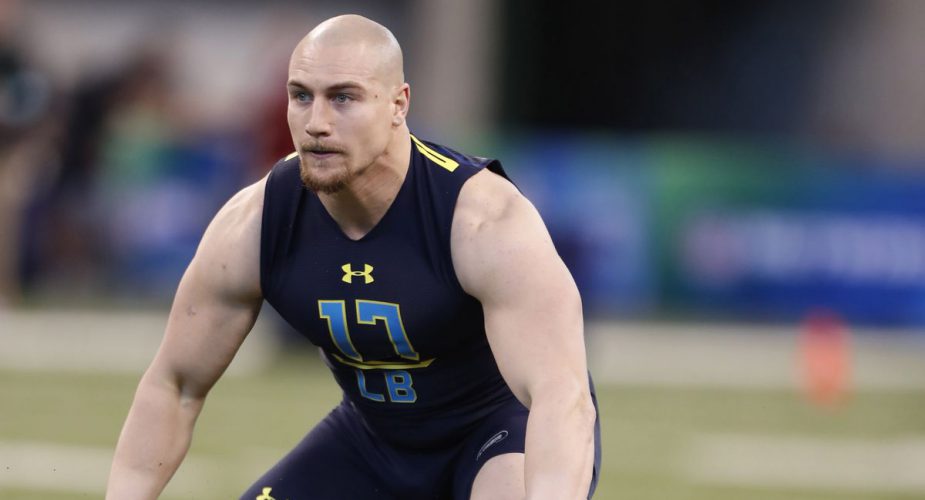 Following a season in which the Jets special teams units were anything but special, the organization acknowledged a need to significantly improve a group that was ranked 31st in the NFL by footballoutsiders.com.

With that being the case, many of the Jets recent draft picks will be called upon to show what they have to offer not only in their primary positions, but on specials.  In looking at what multiple players may be able to offer, you won’t find a single player, who comes close to recently added undrafted free agent linebacker Connor Harris.

Harris is a small school product out of Lindenwood University in St. Charles, Missouri where he starred as a linebacker who averaged 12.5 tackles per game, making him the all-time NCAA leader with 633.  His relentless motor made him a three-time All-American en route winning the Cliff Harris award which is given to the nation’s top small college defensive player.  That alone should make Harris’ signing come as no surprise, but that’s only one piece of a very large puzzle.

A team captain, Harris wasn’t only wreaking havoc on opposing offenses either.  He was a triple-threat on both offense and special teams as a wildcat quarterback (six rushing touchdowns), while also handling punting and kicking duties. 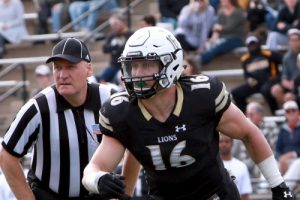 In 2016 ,Harris was called on to punt 19 times, averaging 38.8 yards per attempt, and posted an impressive average of 43 yards per punt in his only contest as Lindenwood’s primary punter on 8 attempts.  Also noted on his college bio is the fact that Harris took on primary kicking duties late in the year for the Lions, going a perfect 12-12 on PAT attempts.

As is often the case with small school products, especially those who go undrafted, is the level of competition faced by a player like Harris.  The first question asked by most onlookers will relate to how his game would be impacted once faced with high-level talent.

Luckily for Harris, an invite to the Senior Bowl in Mobile, AL gave him the opportunity to answer that question and he didn’t disappoint.

Harris created some buzz  during senior bowl week practices with his versatility and non-stop motor.

One note from CBS Sports on Harris read

Come game time, Harris tied for third on the team with six tackles (5 def/1 ST), including a stop for no gain on a 3rd and 1 run play.  Hardly the type of performance you would expect to see from a player who didn’t belong.

Despite being projected as a 5th-6th round pick by NFL.com, Harris didn’t hear his name called during the draft.  So now he comes to New York where he’ll start the next part of his journey, trying to prove the doubters wrong, be it on offense where Mike Maccagnan said he may get a look at fullback, on defense or on special teams.

One thing you can bet on is that whatever lies ahead for Harris, he’ll be fun to watch and has as good a shot as anyone among their undrafted free agents to stick with the team in 2017.