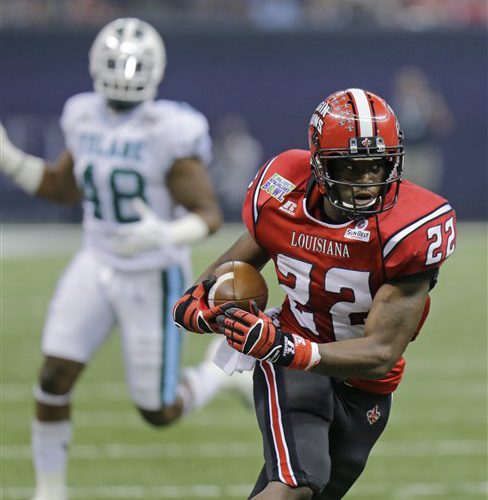 The Jets officially got the signing of their draft picks under way when they came to terms with two sixth-round draft choices in RB Elijah McGuire and CB Derrick Jones.

The pair of late-round picks will look to find a spot on the Jets 53-man roster or practice squad in 2017, with McGuire having the upper hand if he’s looking to stick as a return man given his ability as a return man, something head coach Todd Bowles cited as a reason for his selection.