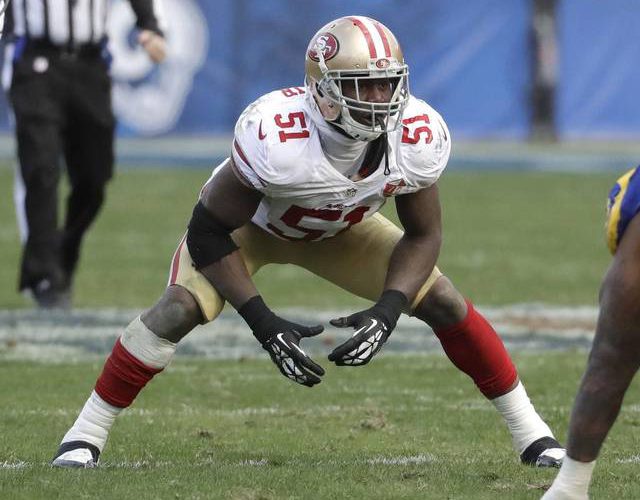 Still looking to upgrade their roster with just a few months until training camp kicks off, the Jets are meeting with free agent linebacker Gerald Hodges according to NFL insider Ian Rapoport.

Former #49ers LB Gerald Hodges is visiting the #Jets today, source said. Played for the #Vikings before that.

One of the top free agents still remaining on the market, Hodges is a former fourth-round draft choice of the Minnesota Vikings where he played his first two-plus seasons before catching on with the San Francisco 49ers.  The 6′ 1” 243 lb New Jersey Native turned in his best performance in 2016 when he racked up 80 tackles, 3 sacks and 2 interceptions.

A former college safety, Hodges is one of the better coverage linebackers in the league and earned himself an overall grade of 82.4 from Pro Football Focus (PFF) with a 73.8 in coverage.

Hodges previously met with the Chiefs and Seahawks earlier this off-season.