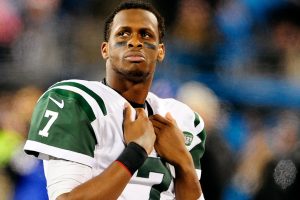 Good decisions have great results while the bad ones will prove to be a pain in the neck for the days or years to come. In football, the New York Jets have had a fair share of those bad decisions in their draft picks. Although every team has those kinds of days when drafting players, the Jets were a total train wreck in the past years. You can get the best tips for free no download slots, build your profile, and avoid making such bad decisions in your gaming life. As for the Jets and their biggest busts in draft pick history, here are some of them.

This was definitely a misfire for the Jets when they drafted him, as Gholston had terrible stats in his 3 seasons in the team. There were many other better picks the team could have drafted other than Gholston. It was a complete bust in the history of the team and NFL in general.

He proved to be a difficult character to manage or deal with. He was not a team player and had a bad attitude, to add to it all.

Now and then, he would be involved in scuffles with his teammates, which reflected on his performance on the field.

Blair played 4 seasons for the Jets. Even before the nagging injuries he suffered, which further led to poor stats, he was still a disappointment. It was 4 years of poor stats for the player who was drafted at the time when there were better options such as Mark Carrier and Junior Seau.

Another bad decision by the Jets to draft the fullback Vick was made. Vick was nowhere near good when it comes to picking the best fullbacks at 1987 draft picks. There were other better contenders the Jets could have gone for, among them being Christian Okoye and Bruce Armstrong.

It was a double bust for the Jets. On top of Russell Carter, the Jets also picked Ron Faurot to add to their troubles – in the same year. Carter was a cornerback whose performance and stats were very poor. He only managed 4 interceptions and that was all.

It is no surprise that Jones was a god on the track as he earned an Olympic gold medal in sprinting. However, he could not replicate his track record on the field. Football proved to be a whole new world for him. Funny thing is that he completed all the 5 seasons with the Jets despite his poor performance. It is heartbreaking to think that the Jets traded other two great players just to get him.

For the lovers of casino-themed games to avoid such mistakes, newbies can play no deposit bonus slots UK online, have fun, and learn the basics without depositing real money.

Are the NY Jets a Playoff Team With Derek Carr?